Friend of the Podcast Eireann Dolan returns to talk about her fiancee Sean Doolittle and his trade to the Washington Nationals. Somehow we talked about The Muppets Take Manhattan and fresh avocados as well.

Making the big moves on this episode of Sully Baseball.

END_OF_DOCUMENT_TOKEN_TO_BE_REPLACED 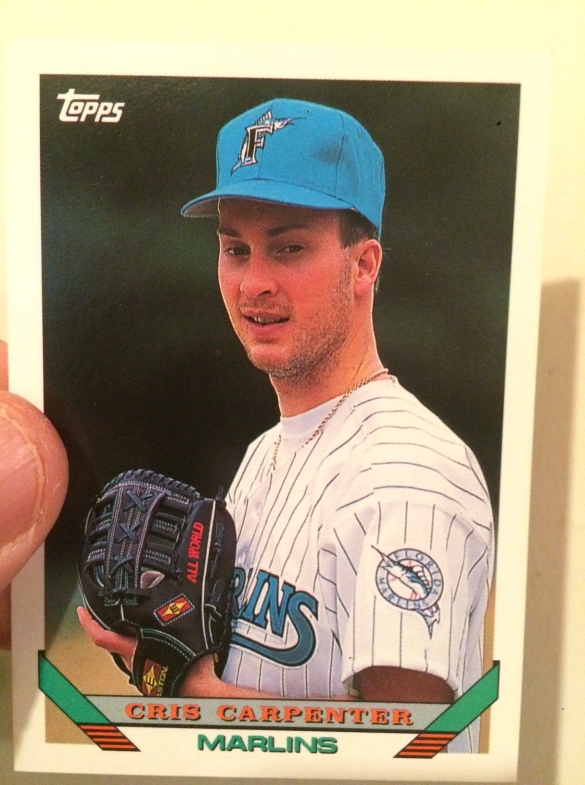 I mean he HAD to watch Carpenter pitch all those years with St. Louis and shake his head. There is no way he didn’t.

Hell, there is a sports writer named Paul Sullivan who works in Chicago that I check in on from time to time and wonder what life would be like if I were THAT Paul Sullivan and not your pal Sully.

But Cris without an H must look at Chris with an H and long for his career.

Look, I am not going to besmirch Cris without an H. He made it to the majors leagues, played a few seasons and had a couple of good years as a reliever. I can’t say that.

It is kind of strange.

Cris without an H was born in Florida but went to high school and college in Georgia. In 1987, the Cardinals made him the 14th pick in the draft.

Future All Stars Jack Armstrong, Mike Remlinger, Travis Fryman and Pete Harnisch were all still available. So was Hall of Famer Craig Biggio.

Then again, Chris Myers, Dan Opperman and Kevin Garner were drafted ahead of Carpenter and none of them made the majors leagues. So there is that.

A star reliever in college, the Cardinals tried to convert him into a starter. He split 1988 between AAA Louisville and St. Louis. The goal seemed clear. This was not a long term rebuilding process. They expected him to be part of a staff that won 2 of the previous 3 pennants. Injuries to Danny Cox and Joe Magrane opened up a spot in the rotation that Carpenter needed to fill.

In 1989, the starter experiment seemed over as he began closing games in Louisville with mixed results but still managed to spend in the majors.

On September 17, he made a spot start against the Phillies. There were no shortage of professional hitters on the Phillies that day. Lenny Dykstra, John Kruk, Ricky Jordan, Von Hayers and Darren Daulton were all in the lineup.

But Carpenter had one of his best games, pitching into the 8th and finishing with 7 1/3 innings of shutout ball to earn the win. It was a flash of what could have been.

After the 1993 season, as this card suggests, he was left unprotected in the expansion draft and wound up on the original Marlins squad. He threw a shutout inning in the very first game in Marlins history, helping set up Charlie Hough’s win and Bryan Harvey’s save.

He did not finish the season in Florida as he was dealt for Robb Nen, who would wind up being a part of the Marlins first title 5 years later.

Between the second half of 1993 and 1996, Carpenter bounced between Texas, Milwaukee and the minors before finally retiring.

Right around his retirement, Chris with an H emerged as a pitcher for the Toronto Blue Jays. After 6 years of up and down production in Toronto, Carpenter wound up in St. Louis.

There HE became the Chris Carpenter who pitched the Cardinals into the playoffs, winning a Cy Young and being the ace for 6 World Series champions.

Chris without an H teaches social studies in his home town in Georgia. He said in an interview that he felt like he was rushed to the majors and wasn’t ready for the spotlight.

Chris with an H was a late bloomer and got the glory.