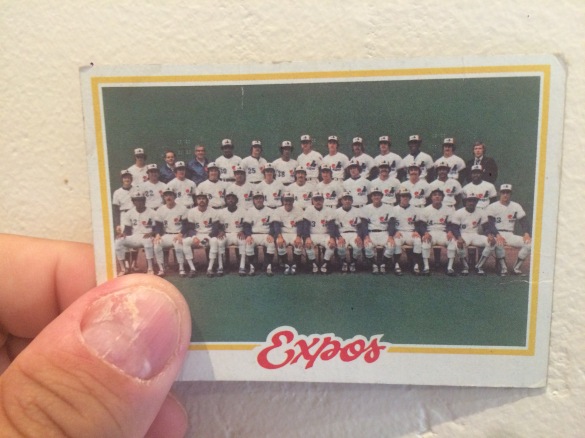 I really do miss the Expos. I miss having a team where the announcers are speaking French. I miss the distinctly foreign city of Montreal having a chance to host the World Series.

Yeah, I know Toronto is also not an American city, but it doesn’t FEEL foreign. They speak English there, it kind of feels like a cleaner Chicago.

But Montreal. My family lived in Switzerland for a few years when I was a kid. We lived in a French speaking town just outside of Geneva. I can tell you that Montreal felt more Swiss than it felt American.

It was also the first year the Expos played in Stade Olympique. Now before that place was considered to be an eye sore and a disgrace and all the wonderful things people say about it NOW, remember what it was in 1977 and in 1978.

Now for those of you too young to remember Bruce Jenner as anyone but a Kardashian fixture and now Caitlyn Jenner, there was a point where he was the biggest American athlete superstar around. He was on every box of Wheaties and on any TV show you could point to.

The Expos were playing on HALLOWED GROUND!

Montreal went 75-87 in 1977 but clearly were building something good. Their record in 1978 was eerily similar, 76-86. But they became true contenders in the years following.

I miss those uniforms, I miss those hats, hell in a way I even miss the stadium. It would have been cool to see it host the Olympics AND a World Series.

I hope baseball comes back to Montreal. The French flavor is needed.

One thought on “Montreal Expos Team Picture 1978 Topps – Sully Baseball Card of the Day for December 10, 2017”