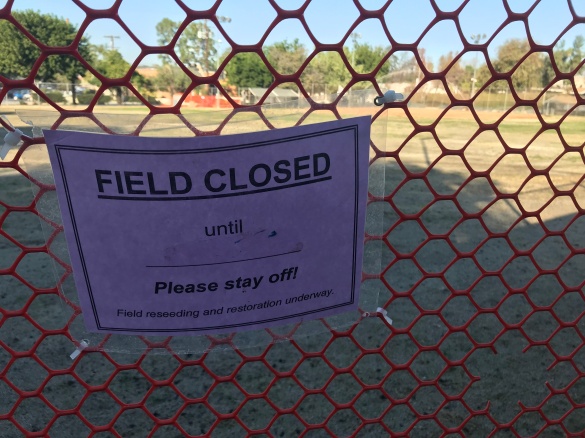 I went to a Little League Field in town and saw the seeds were planted for the up coming seasons.

It made me wonder who would sprout and be the biggest names of 2018.

Saying good bye to the year on this episode of Sully Baseball.

END_OF_DOCUMENT_TOKEN_TO_BE_REPLACED

Perhaps it is appropriate that we end the year with the checklist. Opening a pack of baseball cards and getting the checklist was always an awful feeling.

As I wrote back in 2009, it was borderline taunting. It almost was saying “Hey, I bet you wish you had a baseball card other than this one. In fact here is a LIST of all the cards you would rather have than this one.

What sort of OCD kid would sit down and start checking them off with any sense of regularity. I remember when I first got my first checklist card sometimes in 1979, I started checking them off thinking it was my job.

Then I thought “F— this! I have baseball to watch, Star Wars to play and clouds to stare at!” (I probably didn’t say F— this.)

So here is a 1991 version of it. At least they have organized it into teams and not some insane pile of random players, not in alphabetical order. But still, this card is a massive let down.

Evan as a Red Sox fan, seeing my team listed on here does nothing for me. Why? Because the only Red Sox player listed on the front of the card is Larry Andersen, the compensation for trading away future Hall of Famer Jeff Bagwell.

So as we wrap up this year, it has been fun sharing all of these cards with you. But keep in mind that I am so bananas that I wrote about a card a day for all 365 days of the year… and even I didn’t check the Checklist card.