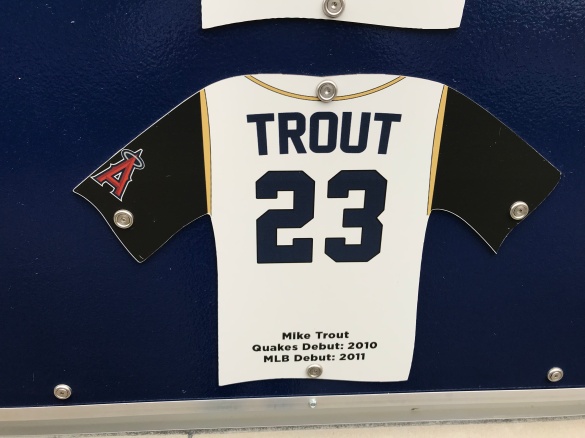 What is the best reason to go to a minor league game? Sure they are inexpensive and you always get good seats.

But you get to see the stars before anyone else. I saw Ken Griffey Jr. play for the San Bernadino Spirit against the San Jose Giants in 1988 before he joined the bigs.

If you went to a Rancho Cucamonga Quakes game in 2010, you would have seen Mike Trout.

Chances are you could get an autograph without much trouble. Now the trick is to KNOW which players are going to be huge superstars.

I could tell Griffey was going to be amazing based on the incredible game he had.

A few years later, I went to a New Britain Red Sox game and they had an outfielder that I could tell was destined for stardom.

His name? Jose Malave. He appeared briefly in the majors but couldn’t cut it.

Guess my life as a scout will be short lived.