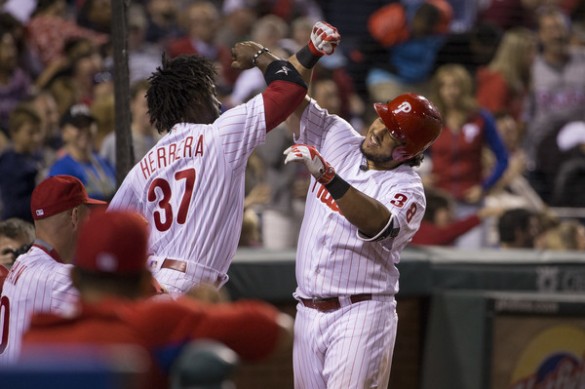 The Eagles won the Super Bowl. That is good news for Philadelphia fans but even better news for the Phillies. With a little pressure taken off of them, they can rebuild in 2018 and be big time spenders when an historic free agent class becomes available next winter.

Feeling some brotherly love in this episode of Sully Baseball.

END_OF_DOCUMENT_TOKEN_TO_BE_REPLACED

When I visited Fenway Park in 2016, I saw the Red Sox FINALLY had fixed some of the retired number injustices.

Johnny Pesky, the lone non Hall of Famer on the list had joined Ted Williams, Joe Cronin, Bobby Doerr and Carl Yastrzemski and Carlton Fisk. Jim Rice finally had his retired when he got into the Hall of Fame.

Pedro Martinez’s 45 went up there when he made the Hall. But Wade Boggs oddly was given the cold shoulder. Sure he went to the Yankees. But the Red Sox never offered him a contract when it ran out. What was he supposed to do?

Finally 26 got its rightful place among the others (Big Papi joined them later.)

The bitter irony of Jackie Robinson being up there is clear. The Red Sox could have signed him, but he wasn’t their kind of player. Gee, I wonder why.

A classic Boston picture with the Pru and Hancock looming in the background.