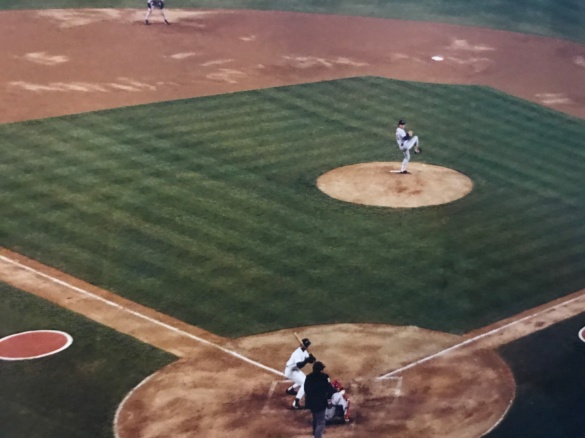 When the Red Sox picked up Frank Viola, I had images of a Boston pennant dancing in my head. He was going to be an unbeatable 1-2 punch with Roger Clemens.

I was there for his first game with the Red Sox. He pitched against the Yankees. I made sure I got the first pitch he threw. It would be for a magical season.

It wasn’t. Viola had one OK year with Boston but the Sox were terrible.

He only pitched one other season with the Sox. But at least I preserved this moment where he pitched against Bernie Williams of the Yankees.