The day after a National Holiday is disorienting.

I loved some of the Fourth of July hats. Meanwhile the NL Central is separated from top to bottom by 2 games in the loss column and a listener wants to know if Pete Rose should be in the Hall of Fame.

The real question is does Pete WANT to be?

This is the Locked On MLB Podcast hosted by me, Paul Francis Sullivan. Please call me Sully. 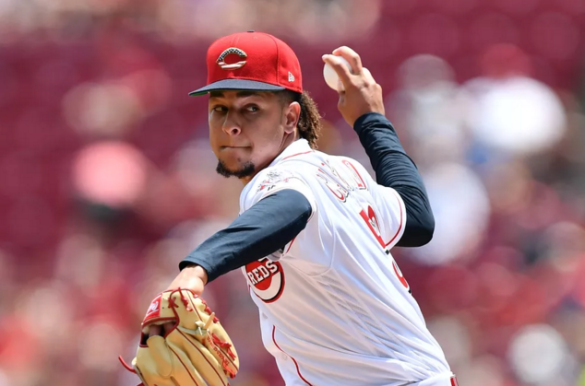 Luis Castillo took a no hitter into the 7th and finished with 7 2/3 scoreless one hit innings, striking out 9 Brewers for the 1-0 final.

Lance Lynn worked out of jam after jam, holding the Angels to 2 runs over 7 innings to earn the 9-3 decision for the Rangers.

Marcus Semien reached base 3 times, including 2 homers, driving in 5 runs as the red hot A’s won again, 7-2, over Minnesota,

Dansby Swanson hit a double and two homers, driving in 5, to help the Braves double up the Phillies, 12-6.

Starlin Castro collected 3 hits, including a double, in the Marlins 5-2 loss to Washington.

Yonny Chirinos threw 7 solid innings, striking out 5 Yankees and giving up 3 runs. The wild 8-4 game was a bullpen affair lost by the Rays.

Danny Jansen homered twice and added another hit, driving in 5, but the Blue Jays bullpen dropped the 8-7 game to the Red Sox.

Brandon Woodruff allowed an early run and shut the Reds out for the rest of his 6 innings of work. That run was one too many as the Brewers were blanked, 1-0.

END_OF_DOCUMENT_TOKEN_TO_BE_REPLACED 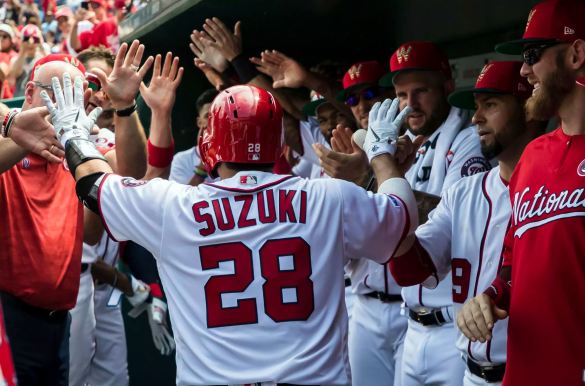 We are now in July. So this month, each day a team is in a playoff position is worth TWO POINTS on their Summer Score.

The Yankees, Astros, Twins, Rays and Indians are from the American League today.

The Dodgers, Braves, Brewers, Nationals and Cubs are from the National League.