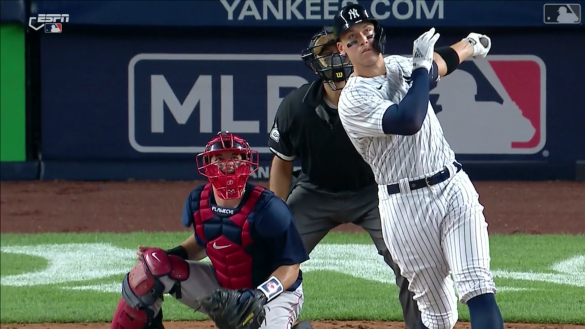 Trevor Bauer went all seven innings in his double header start, allowing 2 hits and no runs while striking out 7 to earn the 4-0 decision for the Reds.

Chris Bassitt struck out 7 Mariners in 5 2/3 innings to get the 3-2 victory for Oakland.

Aaron Judge hit his fifth and sixth homers in 8 games, the second shot putting the Yankees up for good in their 9-7 topping of the Red Sox.

Daniel Murphy went 4 for 4 with a homer to power the Rockies past San Diego, 9-6.

Tyler Alexander would set a record for most consecutive strikeouts by a reliever when he fanned 9 straight Reds. He would an 10 in 3 2/3 shutout, no hit innings but not are in the decision as the Tigers bullpen lost the 4-3 final.

Xander Bogaerts homered twice and added two other hits but the Red Sox dropped the 9-7 slugfest to the Yankees.

Merrill Kelly held the Dodgers to 3 runs over 6  innings but the Diamondbacks were blanked, 3-0.

Kevin Newman got a pair of hits and drove in the Pirates only run with a solo homer in their 2-1 defeat by the Cubs.