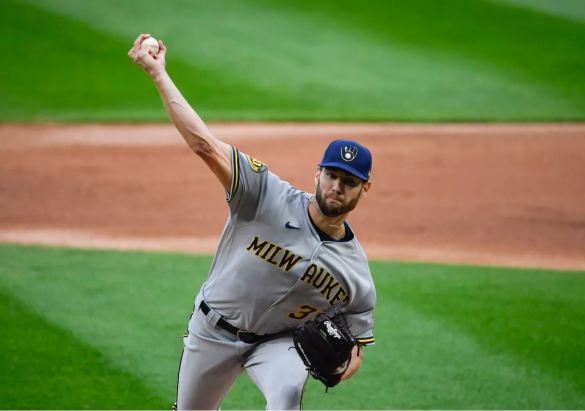 Randy Dobnak held the Pirates scoreless in his 6 innings as the red hot Twins won 5-2.

Adrian Houser blanked the White Sox over 7 innings, striking out 5 to earn the 1-0 victory for Milwaukee.

Matt Olson launched a pair of homers to help the A’s top the Rangers, 6-4.

Joc Pederson homered twice and walked to help the Dodgers edge the Padres, 7-6.

Josh Bell went 3 for 4 with a homer in the Pirates 5-2 defeat by Minnesota.

Aaron Nola struck out 12 Yankees in 6 innings, walking none, but did not fare in the decision as the Phillies lost, 3-1.

Mike Trout homered twice in the Angels 7-6 loss in Seattle.