Here we go… another year of picking the World Series winner. This is of course an act of mass lunacy. Remember all the people picking the Nationals last year? NOBODY was picking Giants and Royals in 2014.

My preseason picks were pretty dreadful. However my World Series winner pick, the Cardinals, are still alive and well.

Cardinals fans must hate me because I keep picking their team and they keep falling short. (In 2011, I picked the Phillies and the Cardinals won it.)

So these are not necessarily the results I WANT! I would love to see the Mets and the Pirates meet in the NLCS. And I really don’t want to see the Royals in the World Series again.

These are the picks that I think WILL happen. And naturally they won’t.

So before the games get started in a few hours, here are my official post season picks:

So there you have it. I am picking the Mets to win a game in LA and to have Don Mattingly blow another playoff series. I think a Cubs and Cardinals series will bring more heartbreak to Wrigleyville. I think the Cardinals and the Mets will have a showdown that will go down to the wire. This time, a Mets player might swing at a Wainwright pitch.

I think the Rangers will give the Blue Jays the hardest time while Kansas City makes it back to back ALCS appearances but won’t be able to hold off the Toronto attack.

And while the Mets will play it tough and give New York their first pennant of the decade, the Blue Jays are just too strong.

So if you like to bet, fly to Vegas and put all your money down for a Yankees and Pirates World Series. It is how my picks usually go! 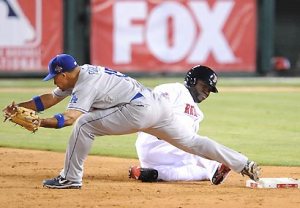 A lot of people are asking why Alex Rodriguez wasn’t brought in by Joe Girardi in the 9th inning (as if John Buck and Ian Kinsler were chumps.

I just wonder why there was nobody left to pinch run in the 9th.

Seriously, every day it seemed like there was 3 or 4 more people added to the roster every day, are you telling me there wasn’t ONE DUDE who could go from first to second on a bloop to the outfield?

Yeah, I know Ortiz was in a pickle and he couldn’t just take off to second or run back to first. I know he couldn’t tag up.

But there must have been ONE player on the damn roster who could have waited midway through and dashed to second when the ball dropped by Marlon Byrd.

If the Yankees are on the road for Game 7 of the World Series, I wonder if Joe Girardi would think to himself “Man, maybe I shouldn’t have used three third basemen in a 9 inning game.” 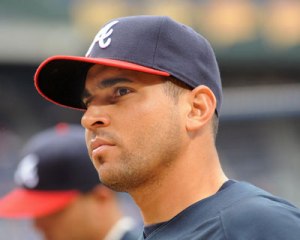 When Charlie Manuel put Omar Infante on his All Star Roster while leaving players like Billy Wagner, Jaime Garcia, Stephen Strasburg and Joey Votto off, the uproar from columnists and bloggers was so loud that you would have thought he punched Yogi Berra in the face right after tearing down Wrigley Field and ordering that “Take Me Out To The Ballgame” be replaced by Lady Gaga’s Pokerface.
I even got mail and comments saying “When are you going to say something about Omar Infante?”
Yes, it was a surprising choice.
And a quick glimpse at the Braves Baseball Reference page for 2010 doesn’t even list Infante as a starter. There is a Brave player who has started more games at each position than Infante, whose position is listed as UT. In other words a utility man is an All Star.
Well I must say, while I admit he wasn’t on MY All Star Ballot, I don’t mind that he is an All Star. And let me tell you why… 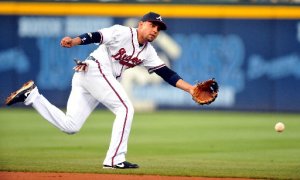 While he can’t be listed at one position, he IS a starter for the Braves… he’s someone who has started a six different positions in the field.
There are some players, like my beloved Big Papi, who can’t even play one position on the field. Maybe the inclusion of Infante can help make the super versatile players more valued by teams and players will try and move around the diamond in hopes of making the All Star team. 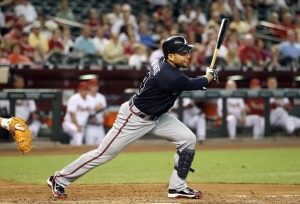 2. HE ACTUALLY WILL BE USEFUL IN THE GAME
Remember the last time the National League won the All Star Game, the Yankees were in a 18 year World Series title drought, the Macarena was considered cool and there was hope for the new Star Wars prequels.
The National League hasn’t had homefield in the World Series since 2001… when the Diamondbacks won in the bottom of the 9th of Game 7.
Flashy or not, it is useful for Charlie Manuel to have a guy who can fill in all around the diamond when he makes pinch hitting decisions and defensive switches.
Who knows? Maybe he can pitch and we can avoid another tied All Star Game catastrophe. 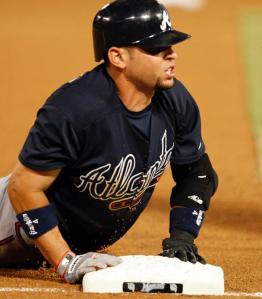 3. YOU NEED A SCRAPPY JACK OF ALL TRADES WHEN ASSEMBLING A TEAM
I’m not just talking about a baseball team. When Kobyashi was putting together The Usual Suspects or Professor Xavier was assembling the X-Men or Lee Marvin was picking The Dirty Dozen or the team from Munich was being recruited… They can’t all be the cool leading man. You need that smaller and less imposing guy who can get stuff done.
Remember when Costner was putting together The Untouchables? The last one he put on the team was Oscar the accountant. He wasn’t the leader like Costner or the wise Connery or the bad ass shooter like Andy Garcia… but it was his brains that came up with the idea of pinning Capone on tax evasion. They NEEDED him.
The American League is Capone. Maybe Infante will bring them down.

4. WHY THE FUSS? THIS IS FAR FROM THE WORST ALL STAR SELECTION OF ALL TIME
Kosuke Fukudome got elected to the All Star Game and he has yet to have an above average season. Josh Hamilton started when he was having a mediocre season. Jason Giambi was elected in a year where he was so horrible that Joe Torre left him off the playoff roster.
Jose Rosado made a pair of All Star teams and Roger Pavlik made the 1996 All Star Team with a 4.82 ERA… and Pavlik wasn’t a “We need at least one player from each team” selection. He was on a Rangers team.
Infante is at least having a good season. And he’s doing it for a surprise first place team… so he must have some value. 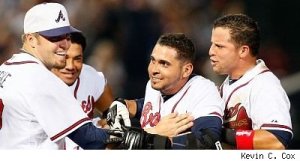 5. YOU KNOW HE IS GOING TO APPRECIATE IT
There is going to be no “If I Am Not Startin’ I Am Not Departin'” Garry Templeton rant coming from Infante. Heck, at this point I am wondering if Infante thinks his All Star Selection was part of an elaborate of Punk’d.
I know the All Star Team isn’t the Make A Wish Foundation but let’s face it, it isn’t life and death either. By the time Omar Infante gets in the game it will be later… when the benches are being emptied out, the likes of Albert Pujols and Derek Jeter will be in their street clothes and chances are some pitcher you’ve never heard of will be on the mound.
Why not have a versatile .332 hitter come to the plate?

All this attention has probably made a few Fantasy Players pick him up and hey! Now people know who he is.

Of course the greatest revenge of all could be had by Infante to his critics… and even though I am rooting for the American League, there is a scenario that I would love to see for a National League win… Infante homering in the 9th inning to give the NL the lead.
It’s a stretch. But so is Infante making the All Star Game in the first place!