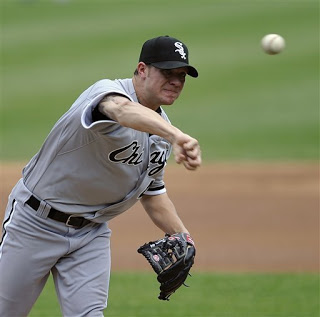 Remember when Kenny Williams caught all of that flack for trading Clayton Richard and three other players for Peavy? It was looked as one of the classic stupid deals of trading young talent for a broken down has been.

Richard had a good 2010 but hasn’t been much of a factor this year.
Meanwhile the White Sox are only 3 games behind Cleveland for first place in the Central and Peavy pitched another gem today.

I know I’ve written about his comeback before, but Peavy is fascinating me.

OK, there’s a pattern there. He’s behind Verlander who right now should be the favorite to win the Cy Young again. But Peavy is right behind him along with Derek Lowe, Yu Darvish, Brandon Morrow and Jered Weaver.

Of that bunch challenging Verlander, only one is a former Cy Young winner themselves. That would be Peavy.

If he wins the Cy Young this year, he would join a unique fraternity. I had mentioned that only Roger Clemens, Randy Johnson, Pedro Martinez, Gaylord Perry and Roy Halladay had won the Cy Young in both leagues. All are either in the Hall of Fame or will be once the whole steroid era goes away.

But take a look at the list of multiple Cy Young Award winners?

Along with the above mentioned pitchers they also include Hall of Famers Steve Carlton, Sandy Koufax, Jim Palmer, Tom Seaver and Bob Gibson. Tom Glavine and Greg Maddux are there and will eventually be Hall of Famers.

There there are Denny McClain and Bret Saberhagen whose careers flamed out do to injuries and off the field issues. And Johan Santana and Tim Linecum, whose legacies are at a cross roads.

Could Peavy fit into that crew?
Or is he just having a solid first half of the season while Justin Verlander prepares to include his name to that list?

Either way, he has my attention. 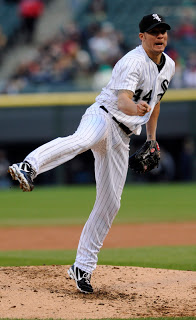 Wins and losses can be such a brutal stat sometimes.
Jake Peavy pitched yesterday against the Red Sox, going 9 innings, giving up 1 run on 4 hits and 1 walk.

He is credited with a  loss, preventing him from catching Robbie Ross and his 4 vulture wins.

But the loss not withstanding, it is his second straight complete game where he looks like an ace.
I hope he is picked as pitcher of the week as yesterday’s tough luck loss would be combined with Mondays 3 hit shutout.

As he stands this year, his average start is as follows:

That’s the way an ace pitches.

It’s been a while since we’ve seen ace Jake Peavy. Ken Williams has received a lot of heat for trading way some young talent for Peavy, including Clayton Richard.

Well Richard doesn’t look very impressive this year and the White Sox have found themselves an ace. If they get their bullpen together, the South Siders could hang around the Central race for a while.

And lest we forget, Peavy already has a Cy Young Award on his mantle.
If he keeps this up, could he be an A.L. Cy Young candidate to go along with his N.L. award?