My picks tend to suck. Hell, in 2006 EVERY SINGLE series I picked incorrectly.
Why do I keep doing it?

Not sure. Maybe so I can give myself credit for the correct ones and try to forget the bad ones.

Clearly these are not what I WANT to have happen. I want the Red Sox to win it al, preferably against the Pirates or Dodgers. But I think this is the Cardinals year and the AL is a complete crap shoot between the A’s, Tigers and Red Sox. So I picked a team and went with the A’s.

We’ll find out how wrong I am soon enough. But here are the picks for all to see.

I have a hunch that there will baseball played in Seattle, Florida and Milwaukee after October 3rd this year.

I feel the Angels have taken a big step backwards and the Mariners have the best 1-2 punch in the division and possibly the AL with King Felix Hernandez and Cliff Lee. And Milton Bradley will be cut by June, so he won’t be a distraction.

The Marlins have some dynamite arms in Josh Johnson, Ricky Nolasco, Chris Volstad and maybe even former phenom Andrew Miller. Plus they have the dynamic middle of the infield combo with Hanley Ramirez and Dan Uggla plus defending Rookie of the Year Chris Coghlan.

The Brewers line up should be outstanding as Prince Fielder and Ryan Braun lead the way. And the addition of Randy Wolf to the rotation with Yovani Gallardo should be a big improvement as I think St. Louis overachieved in 2009.

I have not made my official picks yet, but I am leaning to picking the Mariners to win the West, the Marlins to be the NL Wild Card and the Brewers to win the NL Central.

Now my hunches aren’t always right, which is why I might be dooming these three teams by picking them.

Remember last year? I picked both the A’s and the Reds to not only win their division but to face off in the World Series.

Then again all of my other post season picks were right (including NOT picking the Cubs and predicting the Cardinals would be a playoff team.)

But my collective hunches should be sending shivers down the spines of Mariners, Marlins and Brewers fans everywhere. 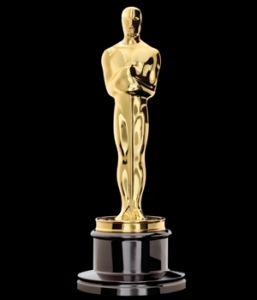 Forgive me, Sully Baseball fans… I need to do another Oscar post.

I just watched The Blind Side. It was a sweet, flawed, well intentioned movie that should have been a made for TV movie, but is harmless. Seeing that film means I have seen all 10 Best Picture nominees before the ceremony this weekend… thus keeping my insane Oscar obsession alive.

Of course they have changed the number of Best Picture nominees from 5 to 10 this year, partly as a response to popular films like The Dark Knight and WALL-E being snubbed last year.

And it seems like one of the popular things to do in cyberspace is write about what a lousy idea 10 nominees is.

I disagree. Not to be a contrarian, but I think 10 Best Picture nominations has turned out to be a fantastic idea.

This isn’t like expanding the baseball playoffs or the NCAA tournament to allow lesser teams a shot to win it all. The Oscars are subjective and the widened Best Picture race has allowed for nominees that reflect the different tastes of viewers and have a better chance to have a film to root for.

Do you like big mongo blockbusters?
Well then you have Avatar and Up to root for.

Do you like critically acclaimed films that may have eluded blockbuster status?
Then cheer on The Hurt Locker.

Are you turned on by showcases for acclaimed directors?
The Tarantino’s Inglourious Basterds and the Coen Brothers’ A Serious Man are for you.

Do you like big movie stars carrying a film?
Then I bet you loved George Clooney in Up in the Air or Sandra Bullock in The Blind Side.

Do you like movies where new comers steal the film?
I suspect you loved An Education or Precious (which was evidently based on the Novel Push by Sapphire.) 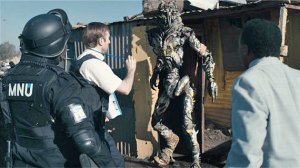 How about if you love films revolving around shrimp looking creatures trapped in South Africa?

It’s safe to say that District 9 is probably the best film revolving around shrimp looking creatures trapped in South Africa.

I think the change is a great one… and still doesn’t prevent controversy. (My favorite film of 2009 was the unnominated In the Loop… but who is keeping track?)

The Oscar show is this weekend and it is one of the highlights of my year… and I think I am the only person on the planet who never gets bored by the show and doesn’t mind how long it is.

And this year will be interesting with an ex husband and wife tandem competing for the big prize… and I think that neither James Cameron nor Kathryn Bigelow are walking away empty handed.

Jeff Bridges (who should have won for The Fisher King… a film where he wasn’t even nominated for) is getting his long overdue Oscar. And I am picking with my gut when I say Meryl Streep will upset Sandra Bullock.

For what it is worth, here are my picks: