On February 2, 2015, I talked about how absurd it would be to be a young Boston fan in this amazing era.

This is the story of two teammates.
One was larger than life, both physically and in his personality.

He started his career in one city and had some success there but some people questioned his focus and discipline.

He moved to another city where he relished being in the spotlight. He did endorsements, appeared in movies, and became a beloved big kid who was having more fun than anyone could imagine.

Sometimes he was out of shape and some people wondered if the game had his full attention. But nobody could doubt his production. He put up numbers that were as gigantic as his body and personality. And multiple championships followed.

He was paired with a teammate who was also great. His teammate was focused, educated and had an unmatched work ethic. He did endorsements and appearances but never seemed to embrace it. He just wanted to play, play hard and win.

He may not have been the larger than life physical specimen that his teammate was, but he never broke down, played day in and day out and put up amazing numbers on his own.

Eventually the two teammates became estranged and no longer talked to each other.
The big fellow moved on. Free from the large shadow, the more focused teammate had his best years.

No longer the sidekick, he became the MVP and led his storied team to multiple titles on his own with a brand new cast of characters.

Meanwhile the larger than life guy was a broken down shell of himself, playing out the string in Boston when he called it quits. But when he retired he was a champion in two different cities, put up amazing numbers and was the most fun to watch player of his generation.

Who was I talking about?
Shaq and Kobe?
Or Babe Ruth and Lou Gehrig.

With Shaq’s retirement, there was an insane conversation on 710 ESPN in Los Angeles of whether or not Shaq underachieved. (As if being in the top 5 of scoring, winning 3 Finals MVPs and leading 3 different franchises to the NBA Finals and winning the NBA MVP is the resume of a slacker.)

But people who criticize Shaq based on his weight and based on his being kind of a goofball are missing the joy that was Shaq and probably would have trashed Ruth for all of HIS off field antics. 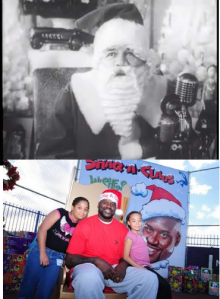 They were both big kids who LOVED being who they were.

They were big, positive and fun. And backed it up with winning and piling up championships.

There is something to be said about being substantive on the field (or court) and being a big crowd pleaser as well. Yes we love to have players who are all business and eat, breathe and defecate their sport.

But having a showman who can back up the bravado is so much fun. They were not the equivalent of, say, Brian Bosworth who had the brash self promotion but couldn’t translate it onto the field.

They were the epitome of “It isn’t bragging if you can back it up.”

And lest we forget, these are fun GAMES and Shaq and the Babe were having FUN playing games. And I know it was fun to watch Shaq, even when he was a Laker.

If the more serious player is more of your style, then you are probably a Kobe lover… or would have preferred Gehrig.

Kobe was raised all over the world, speaks different languages and has a singular purpose… winning basketball games.

Likewise Gehrig was Ivy League educated and refused to take himself out of a game.

But their contrasting styles to Shaq and the Babe were also aesthetically pleasing. Two very different kind of superstars, both physically and in personality.

For Laker fans I am sure it was fun to see Shaq and Kobe together.
No doubt it was fun for Yankee fans to see Ruth and Gehrig together.

And let’s be thankful that both kinds of superstars can exist.

Ruth and Gehrig patched up their differences when Lou was dying.
Let’s hope it doesn’t come to that with Shaq and Kobe.

I have written a blog post that is basically a love letter to Laker and Yankee greatness.

If you will excuse me, I am going to throw up.

There is a ton of baseball to watch.

Matt Cain is on the mound for the Giants.
The Blue Jays and Yankees are going at it.

The Indians are looking to continue their winning ways into May.

The Red Sox game is starting as they try to avoid a sweep by Seattle.

Meanwhile my San Jose Sharks are looking to go up 2-0 in their series against the Red Wings.

And the playoff series people have been drooling for, the Heat versus my Celtics, starts today. (And that’s after Oklahoma City and Memphis square off THEIR Game 1.)

So which one am I watching? 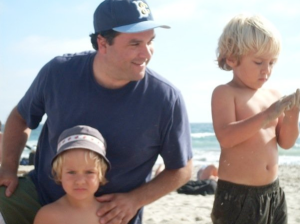 I am off to the beach with my family.
It’s called priorities. It’s a beautiful Sunday in California.

(But if the Celtics make it back to the NBA Finals and the Sharks play for the Stanley Cup, my butt is parked on the couch.)