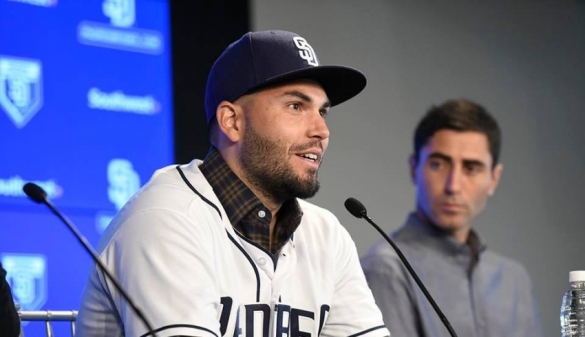 The Padres signed Eric Hosmer to a contract that is too long and won’t make a difference. At least they aren’t colluding.

Plus I look at the Rays dismantling, the Red Sox signing of JD Martinez and Commissioner Manfred’s to do list.
Hey! We are talking about signings on this episode of Sully Baseball.

END_OF_DOCUMENT_TOKEN_TO_BE_REPLACED 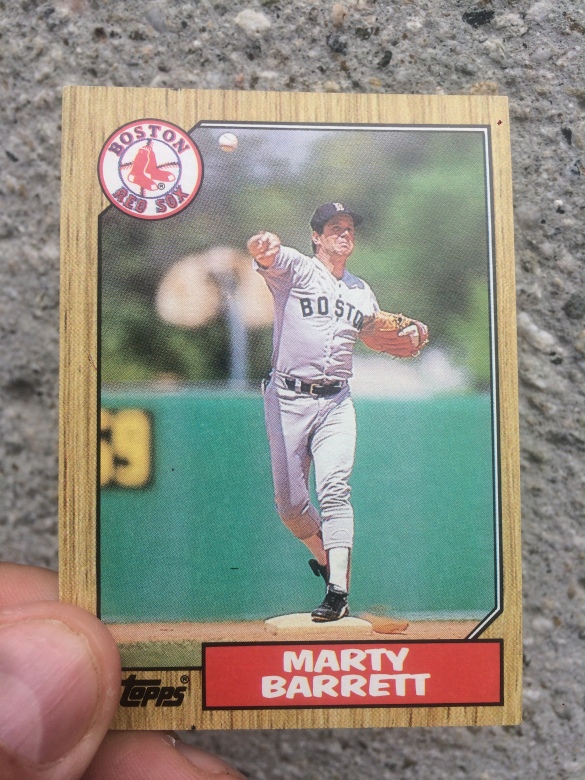 The Red Sox have had a lot of post season success in the last decade and a half. Since 2003, they have won 3 World Series titles, an unthinkable number for people raised on the Curse of the Bambino. Throw in ALCS appearances in 2003 and 2008 and short but sweet October berths in 2005, 2009 and 2016, Boston fans have had a lot to cheer for.

But for the first 103 years of Red Sox baseball, there was a grand total of ONE Boston player who won a post season series MVP. That would be Marty Barrett. And depending on who you talk to, he almost had two.

The Arcadia California native and Arizona State grad was drafted into the Red Sox organization in the late 1970’s. Along with Wade Boggs and Cal Ripken, he participated in the 33 inning game between Pawtucket and Rochester in 1981. He actually scored the winning run.

In 1982, he made his debut with the squad and eventually phased out aging Red Sox star Jerry Remy. As a Sox fan, I remember resenting Barrett for taking over for Remy, but I was eventually won over.

Not a superstar at the plate, he made terrific contact and played solid defense up the middle. He was a .303 hitter in 1984 and the Red Sox, with Boggs, Rice, Buckner, Evans, Armas and Gedman, were assembling one of their top lineups. Barrett’s ability to hit the other way, sacrifice and not strikeout made him a valuable bat in a lineup of sluggers.

In 1986, when the pitching staff caught up with the lineup, Barrett had his best year. He was moved from the lead off spot to the number 2 hole and took advantage of having the best on base percentage player in front of him.

He rewarded the Sox with career highs in RBI, hits, doubles, triples and steals and the Sox took command of the Division early and didn’t look back.

With a galaxy of stars on the roster, it was Barrett who shone brightest in 1986. Sure Dave Henderson had the highlight to end all highlights against the Angels, Barrett’s bat was actually the hottest. He was the ALCS MVP.

Keep in mind what that meant.

And then took his hot bat into the World Series.

In the potential clinching Game 6, Barrett reached base 5 times, scored a run and drove in 2, including Wade Boggs with a critical insurance run in the 10th inning that game Boston a 5-3 lead into the bottom of the 10th.

Annnnnnnd we all know what happened after that.

He got a hit in the Game 5 finale, finishing the post season with a .400 average and a .929 OPS. But he also finished the post season itself with a strikeout that ended the World Series.

Now I have heard that his 5 times on base in Game 6 made him the player of the game, until of course the Mets rally.

I have also heard conflicting accounts about the World Series MVP. Some said that had the Red Sox held onto the lead, Barrett would have been named World Series MVP, with the hitting numbers to back it up.

Another account had Bruce Hurst, who won his first two starts and logged a complete game in over of them, would get the hardware.

The point is moot and Ray Knight won the World Series MVP. But had it gone Barrett’s way, he would have had all the post season MVP awards in the history of the Red Sox until 2004.

Well in truth he WAS the only winner, but he would have had a nice match. 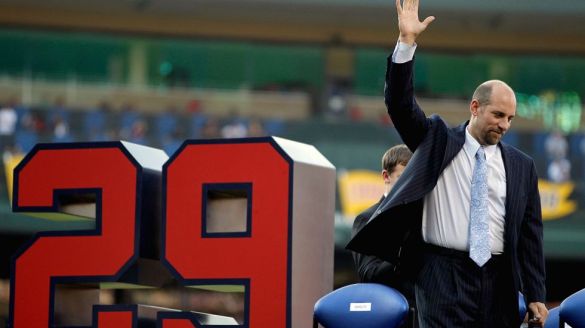 On December 29, 2014, I drove my car back from getting tuned up and discussed the Hall of Fame chances of John Smoltz, Barry Bonds and Roger Clemens