The Angels think C. J. Wilson had 5 elite pitching seasons left in his arm?
That’s more than double the number of terrific seasons as a starter that he has ever logged in the majors.

I’ve been saying for weeks that the team that signs C. J. Wilson will regret it.
And while he is bringing depth to the rotation, I don’t even buy the logic of “He may not be an ace, but he doesn’t need to be on the Angels.”

He may not NEED to be but he is being paid to be.
And keep in mind when John Lackey was being bandied about in free agency, I thought “He’s not an ace, he shouldn’t be paid like he is.”

When he landed with the Red Sox, I thought “well, with Lester, Beckett and Buchholz it takes a lot of pressure off of him and it should be a decent fit.”

How did THAT turn out?

You know how every year someone writes a “Worst Contracts in Baseball” article.
Well get typing on including C. J. Wilson.

By the end of the 2013 season, people will be asking “What can they hope to get for him with THAT contract?”

Meanwhile the Rangers won’t be saddled with this contract, can spend the money wisely and get some picks to replenish the farm system.

I thought the Red Sox should have dealt Josh Beckett after his All Star season in 2009. He had one year left on his contract, was affordable and was probably at peak value. Instead the Red Sox signed him to an extension.

Well here I am 2 years later and I am more than saying the Red Sox would be smart to trade him. I am saying the MUST trade him.

There are 5 factors of the current baseball climate that make a Josh Beckett trade imperative and forward thinking for the Red Sox. 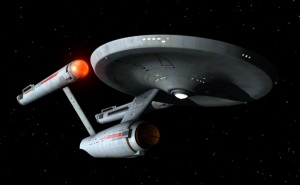 REASON ONE: THE STAR TREK EFFECT

I wrote at the beginning of the season that, like the Star Trek films, Beckett is good every other year.

So 2012 looks like he is due for a sub par season. And if his 5.48 ERA in September was any indication, he might have a head start on a bad year. If he is going to lose with a high ERA, I’d rather it be with another team.

REASON TWO: C.J.WILSON AND THE HORRIBLE CROP OF AVAILABLE PITCHERS

C. J. Wilson is the most sought after free agent pitcher on the market right now. He was born the same year as Josh Beckett (1980) and he has 2 good seasons as a starting pitcher under his belt. Beckett has 3 All Star seasons with the Red Sox to go along with some good years in Florida.

Wilson has a spotty playoff record while Beckett has a World Series MVP and an ALCS MVP on his mantle.

I’ve been saying that C. J. Wilson is a contract disaster waiting to happen. But the need for starting pitching and the terrible crop of current pitchers will mean that SOMEONE will pay him over $100 million over the next six years.

Or they can pay Josh Beckett $45 million over the next three years. A team that loses (wins?) the C. J. Wilson derby after he signs elsewhere can get a cheaper shorter term contract with a pitcher the same age with a better career and a much sharper post season record.

I don’t think the Red Sox are winning the 2012 pennant. They lack depth in the rotation, in the bullpen, on the bench and even in the lineup.

Besides Lester, who can be trusted in the rotation? Buchholz is too much of a health risk to be counted on. The bullpen is a no man’s land. The corner outfield spots, catcher and shortstop are a mystery and there is little firepower off the bench. The Red Sox need to address some of those problems and a trade for a younger player (or hopefully younger players) would help solve some problems. If the Sox can swing a deal and get a corner outfielder of the future or a good young reliever that can be a factor for the next bunch of years, then it is a deal worth making.

REASON FOUR: BOBBY V AND BECKETT WILL BE A MATCH MADE IN HELL

We all know this is true. Beckett isn’t exactly Mr. Cute and Cuddly and he was an ornery dude with a lovable lug like Terry Francona running the team. Now he will be in the clubhouse with the Know-It-All who trashed Beckett down the stretch on ESPN.

How can this end well?
How will they coexist?
The answer is they won’t. And on the heels of the great collapse of 2011 and Valentine putting his thumb print on the club, it is probably best not to do an experiment and put them in the same clubhouse.

Oh it would be entertaining. But I prefer peace and winning.

REASON FIVE: BECKETT DID HIS JOB. IT’S TIME TO MOVE ON.

If there is one thing the modern history of the Red Sox has shown us, it is Boston is quick to let stars rot on someone else’s watch. Nomar, Pedro, Mo, Damon, Mueller, Millar, Lowe and Manny all had their “grumbling and limping” seasons on someone else’s dime. No doubt we will add Papelbon to that list.

It means the Red Sox are not exactly a sentimental team. But the Sox should make the deal with Beckett while our memories of him are still positive.

He owes Red Sox fans nothing. He was brought in to be the brash bad ass ace that was missing from Fenway after Pedro Martinez left. He rewarded us Sox fans with a memorable 2007 regular season and a totally dominating post season. He went 4-0 with a complete game shutout, the ALCS MVP and probably would have won the World Series MVP if he had a second start.

He did what he was supposed to do.
He secured that second championship, the won that showed 2004 was not a fluke.
Let’s remember THAT Josh Beckett instead of the player who will inevitably breakdown soon.

As a Red Sox fan I can’t possibly thank Josh Beckett enough. But it is time to move on.

I have a feeling all of these reasons will fall on deaf ears.
But dealing him makes sense.

Yup.
He’s seeking a SIX YEAR deal.
He has had 2 good years as a starter.
He is 30 and he has 2 good years.
A 6 year $100 some odd contract means that not only are you expecting him to TRIPLE his number of good years but do so as he gets deeper into his 30s.
When Brandon Webb was 29 he had won a Cy Young Award and had two second place Cy Young finishes between 2006 and 2008.
He looked like a great choice to lock up to a big long deal.
He’s pitched one game since he turned 30 in 2009.
Johan Santana looked like he was putting together a Hall of Fame career. He had won 2 Cy Young Awards (and probably should have won a third) before his 29th birthday. He was 200 innings in the bank and an almost lock for the ERA title.
He missed all of the 2011 season at age 32 and his career is in jeopardy.
By age 26, Jake Peavy was a Cy Young Award winner with 2 strike out titles and 2 ERA titles. Since turning 28 he has thrown three injury plagued seasons.
At age 28 Barry Zito had won a Cy Young Award, was one of the most durable pitchers in the game and had experience in 5 different post seasons. By 30 he was an expensive and unreliable behemouth who was left off the playoff roster in 2010.
Every pitcher I just listed was a MUCH better bet to sign to a long term deal than C. J. Wilson.
Try learning from the past!
I said it before and I’ll say it again… STAY AWAY FROM C.J. WILSON!
<img src="http://twitter-badges.s3.amazonaws.com/follow_me-c.png" alt="Follow sullybaseball on Twitter”>