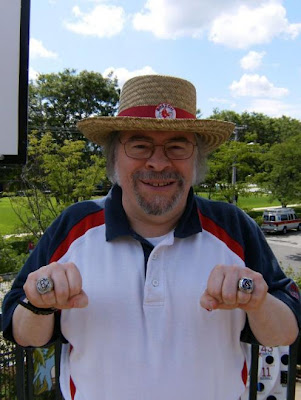 The voice that introduced the players of two World Series champions and for many Red Sox fans provided the narrative for games at Fenway is now gone.

He seemed to have relished his role in New England and with the fans and a part of being a Red Sox fan is gone.