The 1956 World Series is best remembered for Don Larsen and his perfect game victory in Game 5.

It is also went down in history as Brooklyn’s last World Series and the final Subway Series until the Yankees and Mets squared off in 2000.

The 1956 Series went back and forth. The defending champion Brooklyn Dodgers took the first two games at home. The Yankees won the next three, the last one being Larsen’s masterpiece. Game 6 was a 1-0 extra inning walk off win for Brooklyn. Jackie Robinson’s RBI single was his final hit.

With the Series going the distance for the second straight year, the identity of the Yankees starting pitcher for the finale was unknown just a few hours before game time.

Instead manager Casey Stengel handed the ball for Game 7 of the World Series to Johnny Kucks, who had thrown in relief in games 1 and 2.

Choosing the 23 year old New Jersey native was not a total roll of the dice. He had made the All Star team in 1956 with his 18 wins and 3.85 ERA. But he faded in the second half and was moved to the bullpen in October.

He threw a sinker ball that was considered to be super heavy and incapable of hitting out of the ballpark. Don Newcombe started for the Dodgers, still clinging to the title “Defending World Champions.”

Yogi Berra homered in the top of the first, giving Kucks a 2 run cushion before he even took the mound. Kucks got Jackie Robinson to hit into an inning ending double play in the first.

Berra hit his second 2 run homer and Elston Howard added a solo shot, chasing Newcombe in the top of the 4th. Moose Skowron clubbed a grand slam to make it 9-0, removing any drama from the game.

Meanwhile Kucks dominated the Dodgers, getting grounder after grounder. He recorded one strikeout and the rest of the game let his heavy sinker do the talking.

He allowed a single to Duke Snider with 2 outs in the bottom of the 9th before striking out Jackie Robinson to clinch the World Series with a 3 hit shutout.

It would be Jackie Robinson’s last at bat, as he would retire after the season. It would also be the last World Series game played in Brooklyn. The Dodgers would move to Los Angeles after the 1957 season.

It was a World Series that a galaxy of stars and future Hall of Famers on both sides. And it featured the Don Larsen game, the greatest pitching performance in post season history.

But it was Johnny Kucks who would be standing on the mound to clinch it.

That makes Johnny Kucks the Unsung Postseason hero of October 10.

For those of you who read my blog regularly, you know that every once in a while an idle thought would enter my cranium and it would evolve into me doing an elaborate list writing entry here.

My entire 800 page Home Grown vs Acquired Series started from the simple question “I wonder if the Red Sox had better luck acquiring players from other teams or developing their own talent.”

I chronicled how my ideas can germinate into a blog post with my “Making of a Blog Post” entry. Well it happened again.

While on the treadmill watching coverage of the Yankees and Rangers courtship of Cliff Lee, I thought “The Yankees are trying to bring in a guy who consistently beat them in October. I wonder how many players have joined a team they beat in the playoffs.”

Later I got more specific. “I wonder how many times a playoff MVP joined the team that he beat.”

Then I thought “I wonder how many playoff MVPs won their award against a team they USED to play for.”

And finally the question “How many players won a playoff MVP and then later played in the post season AGAINST the team that he won the award for?”

This is how my mind works, people.

And I can’t just leave these thoughts hanging.
I have to list them.

Post Season MVPs who joined the team they beat

FRANK ROBINSON
1966 World Series MVP for the Baltimore Orioles against the
Los Angeles Dodgers.
Joined the Dodgers in 1972 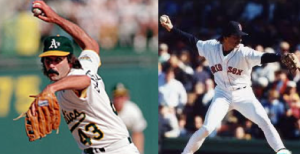 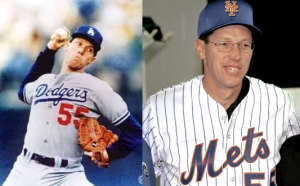 OREL HERSHISER
1988 NLCS MVP for the Los Angeles Dodgers against the
New York Mets
Joined the Mets in 1999.

RANDY JOHNSON
2001 World Series Co-MVP for the Arizona Diamondbacks against the New York Yankees
Joined the Yankees in 2005. 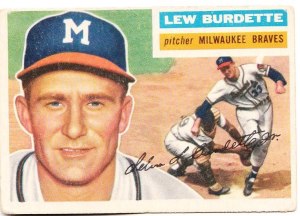 LEW BURDETTE
1957 World Series MVP for the Milwaukee Braves against the
New York Yankees.
Played for the Yankees in 1950. 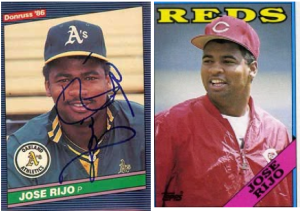 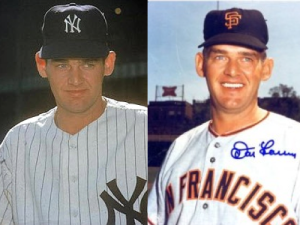 I find it interesting that Dennis Eckersley appeared on the list twice.
I am guessing you did too.