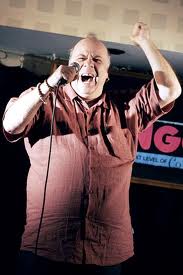 The Sully Baseball Show airs tonight as the second half of the Monday night Seamheads Podcasting Network block.

Then I host an all new and all live Sully Baseball Show with guest Eddie Pepitone.

Eddie is one of the funniest people alive on the planet Earth and is a rabid New York Yankees fan. It’s a live show, no recorded interviews this week.

OK, admit it… when the Yankees were up 3-0, you thought this was going to be a cakewalk for the Bombers.

And admit it… when Posada homered and tied the game in the 8th, you knew the Yankees would win it.

And when the Yankees got out of that jam in the 10th because Johnny Damon backed up the wild throw to third and Teixeira kept making terrific plays at first, I texted Eddie Pepitone and said “You just clinched the World Series.”

But somehow the Angels won.

Sure, it makes the loss the other day even MORE agonizing… but hey, at least the Yankees can’t clinch the pennant TOMORROW!

And it falls onto Sabathia’s very broad shoulders… if the Angels can get to him… is it POSSIBLE?

Probably not. But at least it isn’t certainly not. An Angels win tomorrow and it is a series. 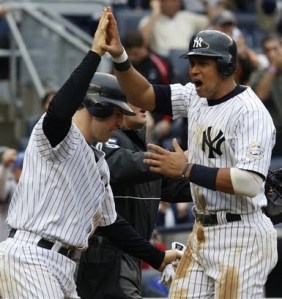 Since June 11th, I’ve been waiting to rub the Red Sox winning the season series against the Yankees into the nose of my friend Eddie Pepitone.

Let’s hope this is the low point.