Trevor Bauer pitched into the 7th, striking out 8 Mariners in 6 2/3 innings, earning the 6-4 decision for Cleveland.

Joey Gallo had 3 hits, including a homer, driving in a pair to lead the Rangers past the Angels in a wild 12-7 game.

Clayton Kershaw shook off Puig’s early homer to throw 7 innings, walking no Cincinnati batter while striking out 6, setting up the Dodgers 4-3 walk off victory.

Christian Yelich homered 3 times, driving in 7 and added a walk as the Brewers out slugged the Cardinals, 10-7.

Edwin Encarnacion went 2 for 4 with a homer but the Mariners lost again, this time to Cleveland, 6-4.

Paul Goldschmidt reached base 4 times, including a homer, but the Cardinals came up short against Milwaukee, 10-7.

Adam Morgan threw a pair of key shutout innings in relief for the Phillies, but the Mets would win 7-6 in the 11th.

Martin Perez allowed 1 run over 6 solid innings but did not fare in the decision as the Twins fell to Toronto, 5-3.

END_OF_DOCUMENT_TOKEN_TO_BE_REPLACED 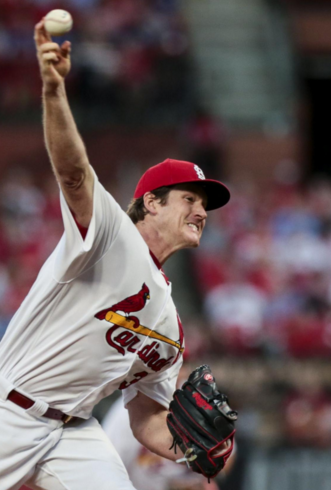 Edwin Encarnación hit 2 homers in the same inning helping the red hot Seattle Mariners overcome an initial 4-2 hole into a 13-5 thrashing of the Royals.

Rhys Hoskins put the Phillies ahead for good with a solo homer and then added another to top the Nationals, 4-3.

Miles Mikolas held the mighty Dodger offense to 3 runs over 6 innings and gave the Cardinals a chance to come from behind and take the 4-3 final.

Blake Snell struck out 11 White Sox while walking none over 6 innings to earn the 5-1 decision for the Rays.

Jhoulys Chacín pitched into the 7th, finishing with 3 hits and 3 runs over 6 1/3 innings, walking 3 Angels. The Brewers bats would let him down in the hard luck 5-2 loss.

Aaron Judge reached base 4 times, including an opposite field homer, but the Yankees came up short against Houston, 4-3.

Mike Moustakas singled and homered, scoring both Brewers runs in their 5-2 defeat by the Angels.

Masahiro Tanaka gave up just 3 hits, 2 walks and 1 run over 6 solid innings, striking out 3 Houston batters. The usually reliable Yankee bullpen lost the 4-3 final.
For an explanation of how WOB works, click here.

END_OF_DOCUMENT_TOKEN_TO_BE_REPLACED

The last 4 game day of the year should be a great one! Plus the With the Cardinals out, the remaining 7 teams are all franchises who have waited a long time for a title with stars who haven’t won a ring yet.

It is a once in a generation episode of The Sully Baseball Daily Podcast.