I dedicate today’s episode The Sully Baseball Daily Podcast to my brother, the amazingly talented Ted Sullivan. I talk a little bit about us growing up, the different ways we celebrated baseball and how we shared a baseball moment as recently as 2008.

To see the up to date tally of “Who Owns Baseball?”, click HERE.
Subscribe on iTunes HERE. 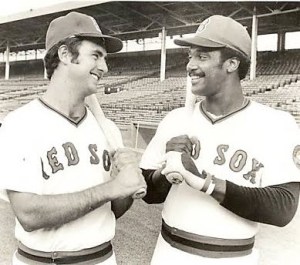 As some one who grew up reading Dan Shaughnessy’s columns in The Boston Globe and who has gained what little popularity I have from the HBO Series loosely based on Shaughnessy’s book, I probably shouldn’t disagree with the red headed one too often.

But I take issue with HIS taking issue with this being a bridge season for the Red Sox.

IT IS A BRIDGE SEASON!

Why not admit it?

The Red Sox are in a transition… not a major rebuilding plan, but in a transition where they are more than just one big signing away from winning the whole kit and the kaboodle as well.

I do not want to see them just plugging holes with too many veterans that don’t fit, chasing after their tail like the Yankees did from 2005-2008.

But I’ve said that before.

I do know what I want the Red Sox to do, and it has NOTHING to do with Jason Bay… or Adrian Gonzalez… or even Roy Halladay.

The Red Sox have lost their identity offensively.

They were the Papi and Manny show. Well Papi is a shell of his former self and even though Theo seems hell bent on acquiring everyone ELSE named Ramirez, Manny is long gone and his replacement Bay looks gone too.

Now Pedroia, Youk and Victor Martinez all make for an OK lineup… and maybe even one that could win another wild card. But they need a new identity.

And I do not know the names of the guys who will be that new identity.

And preferably they are two guys will either be a product of the Red Sox farm system or be plucked from another organization and use up their rookie eligibility in a Sox uniform.

Think about the great combinations the Red Sox have had since the franchise was revived in 1967.

Tony Conigliaro and Carl Yastrzemski…
This would have been the most beloved 1-2 punch in Red Sox history had Jack Hamilton’s pitch not hit Tony C in the face.

As it was, the two had a few terrific years together with Yaz providing the all around offense and Tony C smacking the home runs and making the hearts flutter.

I can not recall a better 1-2 tandem of home grown players who emerged at the same time as these two. A new Lynn-Rice for the 2010s would be the greatest thing to happen to Red Sox Nation since Dave Roberts’ steal.

(Isn’t it odd that the Red Sox amidst the Yawkey years held onto RICE and not Lynn?) 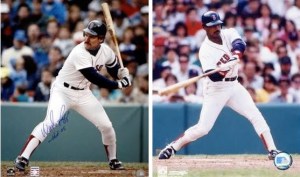 It’s funny. I originally felt apologetic about including these two. But why? They are both Hall of Famers… and they gave the Red Sox a righty-lefty threat that was quite unique. Twice when Jim Rice was a top 5 finisher for the MVP, Boggs won the batting title and led the league in on base percentage in the same year.

Plus had Gary Carter, Kevin Mitchell, Ray Knight or Mookie Wilson made an out in the 10th inning of Game 6, then THEY would have been the ones to have lifted the Curse!

Granted the least sexy of the lefty-righty tandems. But Burks was a solid all around offensive player who continued to produce long after the Red Sox dumped him. (He came back to earn a ring with the 2004 squad.) And Mike Greenwell may not have been a Hall of Famer like Williams, Yaz or Rice… but he gave the Red Sox 9 full seasons in left, hitting .295 or better in 8 of those seasons, had some decent pop and was runner up to Jose Canseco in the 1988 MVP vote. 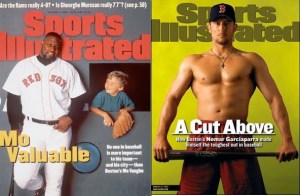 Doesn’t it seem like they had more than 2 full seasons together? They were a perfect duo. Vaughn, the big lovable lug from Connecticut who was beloved by the fans and helped ease the Red Sox terrible reputation with African American players… but also could launch homers that just towered into the bullpen and be a .300 hitter and a top 5 MVP finisher 3 times. (Yeah he won the MVP in 1995… but Albert Belle should have won it.)

And Nomar, whose name became a rallying cry, was the 1997 Rookie of the Year his first full season with Vaughn and the MVP runner up his second and final year with Vaughn. When Vaughn left it broke up the tandem that seemed destined to break the curse. 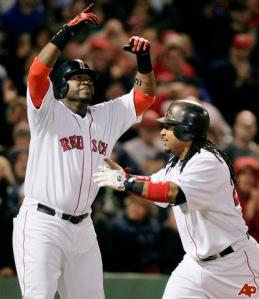 Ahhh the ones who DID break The Curse. And we now know they weren’t just eating Wheaties either.

But for those magical 5 1/2 seasons, there was no middle of the order that spelled doom faster than Papi and Manny. Papi brought the best out of Manny and Manny made sure Papi saw some fast balls to hit!

And you will note that with the exception of Papi and Manny, they were all products of the Sox farm system. And only Manny was a player of note before coming over.

These were hitters who played either their whole career as a Red Sox hitter or at least played their prime years in Fenway.

I am not talking about importing Adrian Gonzalez or Matt Holliday and seeing them break down in a Red Sox uniform or not fit in to the crazy Boston sports culture.

We need to develop our own… and then use the Red Sox resources to keep them around. They way that Pedroia, Youkilis, Lester, Ellsbury, Papelbon and hopefully Buchholz, Bard and Bowden will be Red Sox for a long long time.

The time has come for the next great 1-2 punch in Red Sox history… and until then we are on a bridge.

Let’s hope this bridge is built quicker than the Big Dig!