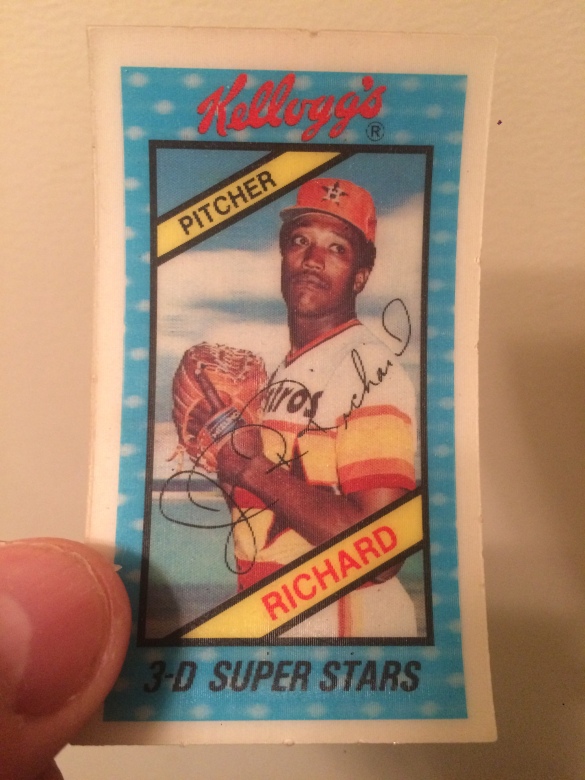 The Houston Astros were ready to go over the top.

What if J. R. Richard did not have a stroke in the middle of the 1980 season?
Would he be in the Hall of Fame?
Would the Astros be the 1980 World Champions?
Would Richard be one of the major figures of his era in baseball?

Probably the answer of all of those questions would have been “YES” to all of them.

The Louisiana native was a star pitcher who won a 48-0 game in high school. (You would think the slaughter rule would have been in effect.)

Evidently hundreds of colleges offered the 6’8″ Richard a basketball scholarship but instead he was the second pick in the 1969 draft by the Astros.

In the minors he was a strikeout machine but was wild. He threw the ball 100 miles an hour but walked his share. But Richard’s ability kept him rising up the ladder to Houston.

Tragedy opened a door for Richard. Don Wilson died from carbon monoxide poisoning in the off season before the 1975 season, opening a hole in the rotation.

Along with Joe Niekro and Joaquin Andjuar, he was part of an Astros pitching staff that looked to threaten the Reds and Dodgers grip on the NL West. Those two teams won 9 of the 10 NL West titles of the West (the Giants won in 1971) but the talented Houston squad looked poised to make their mark.

Richard was one of only two pitchers in history to have back to back 300 strikeout seasons. Nolan Ryan and Sandy Koufax were the others, and Ryan became Richard’s teammate for the 1980 season.

The fireballing combo of Richard and Ryan was eye popping but not without controversy. Richard fought hard for a contract extension after helping pitch the Astros into contention. But Ryan, a newcomer to the team, was getting paid more than him.

In that game on July 14 against Atlanta, Richard left the game after less than 4 innings pitched, complaining of dead arm.

The press was brutal on him. They portrayed him as giving up and being petty about Nolan Ryan’s contract. Of course the media would love Good Ole Boy and Texas native Ryan over the tall black Louisianan Richard.

The team shrugged off his arm questions, sending him to chiropractors and giving Richard a clean bill of health.

On July 30, while on the disabled list and just a few weeks removed from his All Star Game start, Richard collapsed on the Astrodome field. He had suffered a massive stroke.

Richard nearly died and an examination showed that an artery was being pinched every time he threw and the stroke could have been prevented had the Astros believed him when he complained about his arm, which became heavy and dead with each blockage. That led directly to the blockage that caused his stroke.

His big league career was over. The Astros made the post season in 1980 and lost in the NLCS to Philadelphia in one of the closest and hard fought playoff series in baseball history.

It is not a stretch to think that a healthy J. R. Richard might have tipped the scales in Houston’s favor.

Meanwhile Richard attempted comebacks in 1981, 1982 and 1983 but could not pitch well enough to make it back.

His post playing career one one disaster after another. A brutal divorce cost him his home, bad financial decisions cost him his money and by 1995, he was homeless and sleeping under a bridge close to the Astrodome.

Why the Astros, who could afford utility infielders for over a million, could not find some money for the pitcher who put their team on the map and whose health warnings they ignored is something I will never understand.

At least retire his number!

The last few decades saw a comeback in Richard’s life. He turned to a local church to help him turn his life around and now is a minister who sees the great ups and downs of his life as a guidepost of spiritual clarity.

But this baseball fan wishes he kept pitching deep into the 1980’s. A healthy Richard would have meant at least one pennant in the Astrodome and one World Series with those beautiful orange uniforms.

I love that the Kellogg’s 3-D Super Stars, along with stats, included “hobbies.” Most players just listed “Sports.”

He put down “Movies, Pool.”

Now he was such a bad ass that it isn’t hard picturing him playing pool. But I wonder what movies he loved.

He was amazing for a small window of time. If only it were longer. 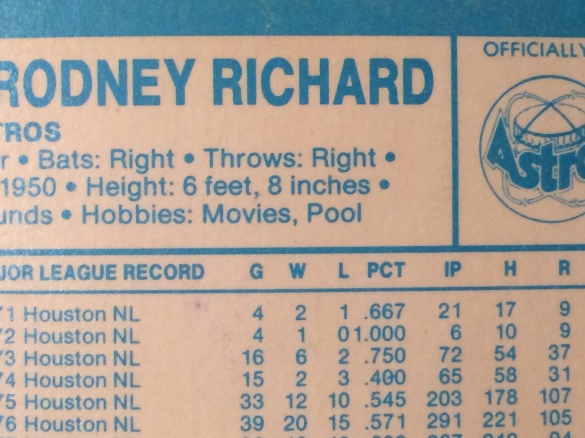 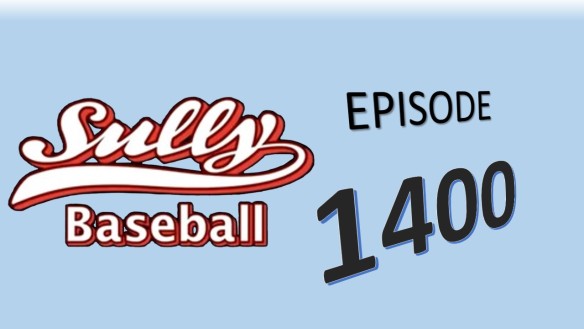 And for today, I answer a question from superfan @cu8sfan (aka Cubs Fan With An 8.)

He wants to know what career cut short I would want to see play out properly.

The Streak Stays Alive in this episode of The Sully Baseball Daily Podcast.

See the updated listing of WOB on MLB Reports

END_OF_DOCUMENT_TOKEN_TO_BE_REPLACED 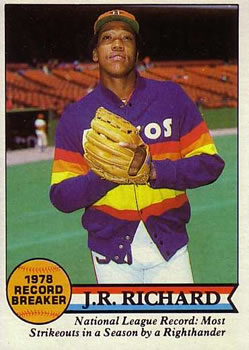 The time is now for the Astros to retire J. R. Richard’s number. There is no reason to keep waiting.