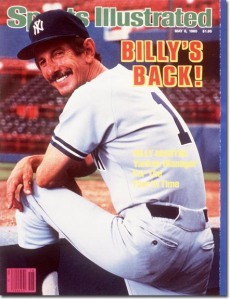 While reading through the book Billy Ball by Billy Martin (and Phil Pepe), I stumbled across an interesting passage.

Evidently Billy Martin and I had similar ideas of how to set up a batting order… one where common sense triumphs of conventional wisdom.

I recorded today’s episode of The Sully Baseball Daily Podcast next to a swimming pool.

Here is the All Star Game edition of The Sully Baseball Daily Podcast!

Who could POSSIBLY have a problem with how Jim Leyland handled Mariano Rivera in the All Star Game or Rivera winning the MVP? Evidently some people DID.

To see the up to date tally of “Who Owns Baseball?,” click HERE
Subscribe on iTunes HERE. 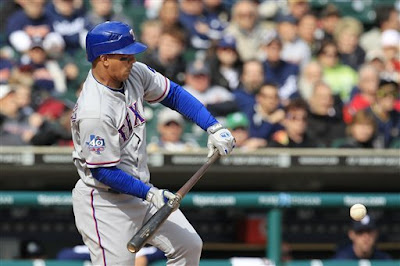 And it was decided on a disputed call.

Texas Rangers’ Alberto Gonzalez squeezed a go ahead single in the 11th inning yesterday in Detroit. But Jim Leyland and the Tiger’s catcher disputed the call, claiming the ball hit Gonzalez, making the play dead.

There was a delay when Leyland argued.

The umpires conferred and there was another delay.

And an instant replay quickly showed that the call was wrong.

And all the headlines and discussion (including this blog post) are about a blown call. Two of the best teams in the American League do an exciting rematch of last year’s ALCS… and we talk about a blown call in the deciding game.

But of course instant replay can’t be used there.

There is no argument that it would slow down the game. The game WAS slowed down without it.

And you can’t tell me it is good for the game to have the call wrong in such a crucial situation.

1 minute and the game would have been called correctly.

I will NEVER understand the mindset of those opposed to instant replay.

It spits in the face of logic, fairness and fun.

But I said that already last year.