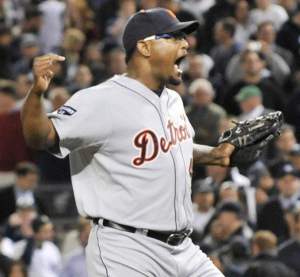 Last night Jose Valverde not only made good on his prediction that the Tigers would move past the Yankees in the playoffs but he also joined a select group of relievers.

Throwing the final pitch of a post season series (a minor obsession of mine) is the pinnacle for any closer. But only handful have done it for multiple franchises.

TUG McGRAW
closed out the 1973 NLCS for the Mets and the 1980 World Series for the Phillies. 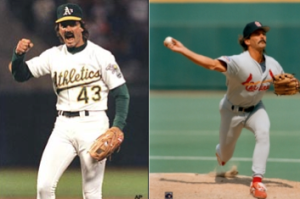 RANDY MYERS
finished the 1990 NLCS and World Series for the Reds and then the 1996 and 1997 Division Series as a member of the Orioles. 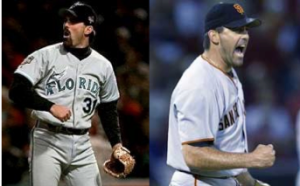