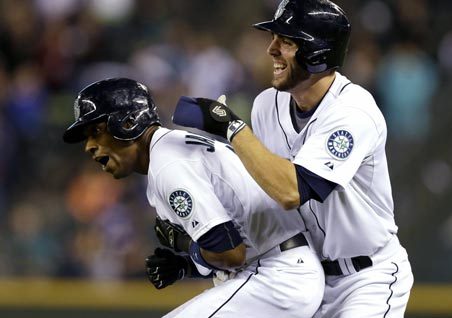 Tomorrow could be even crazier and realistic scenarios have as many as three additional games being played on Monday.

Things are getting odd and I’m recording a podcast in my garage.

END_OF_DOCUMENT_TOKEN_TO_BE_REPLACED

Red Sox fanatic and actress Hilary Barraford, from John Sayles’ Go For Sisters, is the guest for today’s episode of The Sully Baseball Daily Podcast.

We discussed staying loyal to a team 3,000 miles away, how greedy Boston sports fans have become, and why I should refer to her as “Your Honor.”

Last night was a complex night of television watching… and it led to all things my wife questioning my devotion to the Red Sox.

I got home yesterday evening and my kids were with the sitter. I went to the gym where the Red Sox were playing the Yankees. After Monday night’s debacle, I was kind of numb. Yeah it was Red Sox – Yankees… but as I said before, it was clear that this year the rivalry was kind of limp because the Yankees were so much better.

But while on the treadmill in my practically empty gym, I put one TV on the Red Sox/Yankees game and one on the Celtics/Magic game.

The Sox were wet from the rain and looked limp on the field. Beckett was getting smacked around AGAIN, Sabathia was pitching his way out of any jam he got in and frankly the Sox were entering a level of apathy that even Hanley Ramirez would say “Hey! Let’s pick it up!”

The Celtics, who could have treated Game 2 as a Mulligan, came out blazing. They had the Magic on their heels and while they weren’t blowing them out of the building, it was clear that they wanted to head back to Boston up 2-0.

I had one team playing with the heart of a champion… and the other played with all the intensity of Frank Sinatra in The Cannonball Run 2.

So yeah, I focused on the Celtics.

And when the Celtics won and wifey came home…

it was American Idol time.

Now granted, without Siobhan nor Big Mike, it has lost some of its luster.

But my girl Crystal Bowersox is still in the running plus it is getting down to the wire.

Nope! Not doing it! You aren’t going to make me a sucker on back to back nights!

Wifey and I watched the hot guy be boring, Crystal not change the genders of “Maybe I’m Amazed” and that boring Lee guy continue to be boring but for some reason everyone loved him.

I look over at wifey.

SULLY: The Red Sox won. They came back from a 5-1 hole against the Yankees.

WIFEY: You weren’t watching it?

SULLY: No, not after last night.

WIFEY: You aren’t a real fan!

SULLY: What are you talking about? Who follows the team like me?

WIFEY: You quit on them. If you were a real fan, you’d be watching them.

SULLY: After last night? They sh*t the bed!

I sat back, realizing that as usual I wasn’t going to win an argument with my wife.

I can’t argue with Pah!

Doesn’t it seem like they’ve had more heartbreakers this year?
Evidently they haven’t

OK, bring on the Twins… I’ll be watching.