Did you see Derek Jeter’s bizarre shoes? Lisa Swan, co creator of Subway Squawkers (@subwaysquawkers ), and I did. We discuss them and connect Jeter to Gandhi. No really. We did.

It is a footwear episode of The Sully Baseball Daily Podcast. 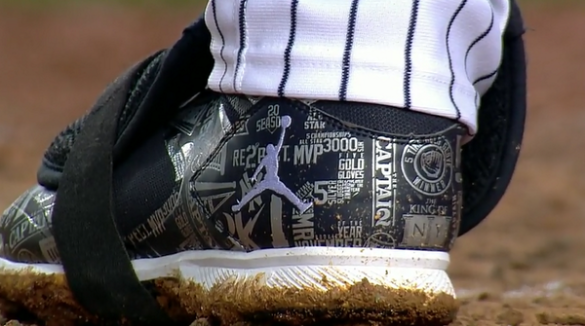 END_OF_DOCUMENT_TOKEN_TO_BE_REPLACED

I still think Ned Yost’s firing with 12 games to go and his team in position for a playoff spot is one of the craziest managerial moves I have ever seen.

I said so then and I still think so now.

Well now he takes over the car wreck that is the Royals. Look, I don’t know Trey Hillman and if you heard the post game interview with Royals GM Dayton Moore, you would have thought he was firing Mahatma Gandhi.

I think firing a manager who has a team in line for a playoff spot with 12 games to go is nuts.

But I don’t think firing a manager more than 2 years into his run is so nuts.

The Royals sucked before Trey Hillman arrived and they suck now… maybe Ned Yost can turn things around.

Remember how the Brewers stunk every since year since 1992? They were the AL answer to the Pirates, except the Pirates actually made the playoffs in 1992!

Since 1992, the Brewers have had 2 winning seasons and 1 .500 season, all under Yost’s management. So naturally the Brewers front office axed him when he was going to bring them October baseball for the first time since Harvey’s Wallbangers.

So who knows what he will get out of Kansas City. Yeah he doesn’t have a lot of great players… but he also has so called future stars like Alex Gordon and Luke Hochevar who have both been busts so far. Maybe they’ll turn it around.

Watch him bring the Royals to the division title and he gets fired the day before the playoffs.