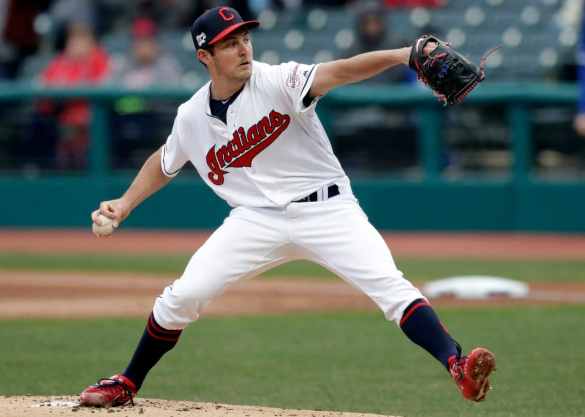 Trevor Bauer threw 7 innings of no hit ball, striking out 8 along the way. The Cleveland bullpen would blow the no hitter and the shutout, but not the lead which ended as a 4-1 final.

Stephen Piscotty reached base 5 times, including a 3 run game tying homer and a 2 run double, to lead the A’s past the struggling defending champion Red Sox, 7-3.

Stephen Strasburg pitched into the 7th, throwing 6 2/3 shutout 3 hit innings while striking out 9 as the Nationals blanked the Mets, 4-0.

Tucker Barnhart singled and doubled but the Reds were blanked by the Pirates, 2-0.

Tyler Mahle gave the Reds 6 shutout innings, giving up 5 hits and striking out 5 Pirates. But he did not factor in the decision as Cincinnati dropped the 2-0 final.

Aaron Sanchez allowed just 5 hits, 2 walks and 2 runs over 6 strong innings, striking out 5 Indians. But he took the hard luck 4-1 loss for the Blue Jays.

Mike Trout singled, homered, walked and threw a runner out at home. The Angels, however, were clobbered by the Rangers, 11-4.

END_OF_DOCUMENT_TOKEN_TO_BE_REPLACED 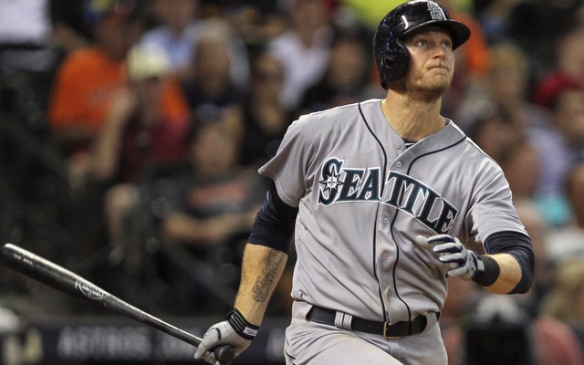 Nobody cares if you report a trade or signing first. Meanwhile the Happ for Saunders deal is odd and why weren’t the Yankees in on Nick Markakis?

It is a first reported episode of The Sully Baseball Daily Podcast.

END_OF_DOCUMENT_TOKEN_TO_BE_REPLACED 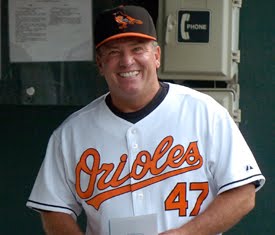 It’s been almost exactly 3 years since Dave Trembley took over the Orioles in June of 2007.

Then the common thought process was “Hey, there’s no way anyone’s going to beat the Red Sox nor Yankees… so just keep the seat warm.”

Well since then the Rays have shown that a team not in the Northeast can win the division and at this point, even the Blue Jays are contending.

That’s an even .400 winning percentage that is falling like a rock with the Orioles in a 5 game tailspin.

Look, nobody was expecting the Orioles to remind anyone of the great Earl Weaver teams this year… but there ARE some talented players on this squad. Adam Jones, Nick Markakis and Matt Wieters were supposed to be the nucleus for an exciting team. And veterans like Ty Wigginton, Cesar Izturis and Kevin Millwood were supposed to help the young kids mature.

That would be the most losses in the HISTORY of the franchise dating back to the days of the inept St. Louis Browns.

Dave Trembley could lead the Orioles into its absolute darkest hour.
The franchise that was once the model of consistency and winning ways could hit its low point in 2010 under Trembley’s watch.

Why is this man smiling?
Because with the team having an off day, it seemed 60/40 he was going to get fired… and so far he hasn’t.

Maybe he’ll turn it around.
Maybe they will avoid the worst record in team history.