On October 30, 2015, I honored maligned former Mets GM Omar Minaya and his contributions to the 2015 NL Champions. 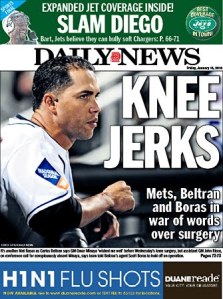 There is a moment in GoodFellas when Sonny, the owner of the Bamboo Lounge, is agreeing to burn down his place of business. He looks resigned and says it is “a f—ing shame.”

But he goes through with it. There was no way for it to succeed.

Folks… that’s where the Mets are right now.
They are destined to be a disaster. They are going to have another $100 million payroll 90 loss season.

With Omar Minaya, whose Jeff Zucker like track record makes his employment baffles me, signing the likes of Kelvim Escobar (he of 1 game over the past 2 seasons) and bringing in Jason Bay to the worst home run hitting park in the world… it just smells like catastrophe.

And now they not only are not going to start the season with Carlos Beltran but they can’t even have a consensus of who said what about his knee!

The Mets play in a division with a loaded Phillies team, a talented Marlins team and an improving Braves team.

The Mets aren’t going to be better than any of those teams.

The Central have contenders like the Brewers, Cubs and Cardinals. The West have the Rockies, Giants and Dodgers.

There are very few teams right now the Mets are BETTER than!

Seriously, does anyone see the Mets as better than a .500 team?

And they are the worst kind of .500 team. They are like the Braves… not the Division winners that tormented the Mets from 1995-2005…. but the powder blue Dale Murphy era Braves that were filled with veterans and no hope.

At this point there is more hope if you are a Nationals fan, knowing that Strasburg isn’t far away and they have the top pick again THIS year!

I know the Mets were riddled with injuries last year, but the team is OLDER now… and if Beltran’s knee is any sign, healthier days are not ahead.

Mark the day. January 15, 2010… Paul Sullivan of Sully Baseball is saying the Mets season is lost and the franchise would be better off admitting it.

Spare me the nonsense of “New Yorkers won’t tolerate anything other than a championship franchise.”

I heard that garbage about the Rangers and the Knicks… and they kept bringing in veterans until both teams were expensive, bloated and nowhere near the playoffs… let alone a title.

The best thing that EVER happened to the Yankees were the horrific years of the early 1990s (and Steinbrenner’s suspension.) They stunk and were irrelevant, but built up a core that included Derek Jeter, Mariano Rivera, Andy Pettitte and Bernie Williams.

The Mets need to start that clock now.

They need to build the first loved team in CitiField history.
Not in a few years.

RIGHT NOW! Before I finish typing this sentence.

Stockpile the farm with solid players and build a winner from the ground up. It isn’t happening this year, so why pretend.

I don’t care if their ads claim they are going for it this year… they shouldn’t.

They have to do it eventually… why not do it now?

I know they won’t… I know they’ll act like the team is a player or two away from the pennant (even though they are coming off of a 92 loss season!)

But I wanted to say so now!
You can’t say “I told you so” unless you told them so. 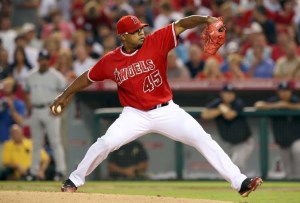 The Mets have been ravaged with injuries and broken down players.
The Mets seem to have been cobbled together with veterans who you thought have retired and rookies who should be in AA

So no doubt Omar Minaya looked at the available free agents and said “Hey, he’s made 1 start in the bigs over the last 2 years. That’s what we need… another medical liability. Not Jon Garland and his 200 innings a year plus World Series experience. Nahhh… we want the guy with one game under his belt over the past 2 years.”

Rich Harden has the durability of Nolan Ryan compared to him.

They are expecting a quality start out of him.

Let me put this in perspective.
Over the past two seasons, Kelvim Escobar has made one more start than Harry Morgan.

I don’t know what is more amazing:

That Escobar was nearly tied by Sherman Potter…
Or that Morgan is still alive!

Either way, it doesn’t bode well for the Mets pitching staff.