Every single day since October 24, 2012, I have posted an original podcast episode. And now the streak has reached quadruple digits.

For show 1,000, I recorded video as well as audio. I performed in front of a studio audience at the Mid Peninsula Community Media Center in Palo Alto, California.

Comcast Sports Net personality Eireann Dolan was my guest and we discussed the state of the A’s and some of the trinkets that she and her boyfriend, A’s pitcher Sean Doolittle, have accumulated over the years.

Plus I give my thoughts on what I would do WHEN I become commissioner. (When, not if.)

It was a fun show and here is to the next 1,000 for The Sully Baseball Daily Podcast.

END_OF_DOCUMENT_TOKEN_TO_BE_REPLACED 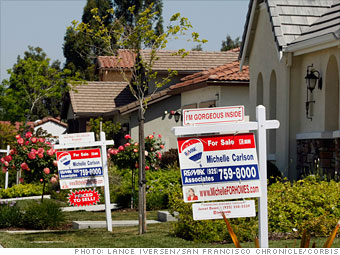 Why do obscene real estate prices in the Bay Area and Donald Sterling’s situation and the lease for the Raiders make me think of the Steinbrenner kids and the A’s?

It is all clear in today’s episode of The Sully Baseball Daily Podcast. 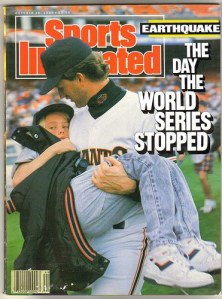 But on this day in 1989, I was a senior in high school and living in the San Francisco Bay Area. And the Giants and A’s were ready to do battle in Game 3 of the 1989 World Series.

It’s hard to describe how intense the so called Battle of the Bay was in the Bay Area. The possibility of an All Bay Area series has been brewing since the late 1960s and both teams made the playoffs in 1971, but neither won the pennant. Then the Giants won the division in 1987, our first year in the Bay Area… but the A’s finished short of the Twins.

And many predicted a Bay Bridge match up in 1988, but the Dodgers came out of nowhere preventing the Giants from playing in October.

Some people wore hats that were half A’s and half Giants. Let’s see someone wear THAT in New York during a Subway Series!

And everyone was thrilled that they were living in the epicenter of baseball. I had heard that term used by a few broadcasters. Little did anyone know how inappropriate that term would be. (And how eerie the Bay Bridge’s inclusion in the logo would be.)

I was at home instead of football practice because I had a knee injury that ended my season. So I was setting up a videotape for Game 3 of the World Series between the A’s and the Giants.

My dad is a huge Giants fan and I knew he was going to miss the first few innings. So I was finding a videotape that had some space on it.

The TV was showing the clips of the A’s whippin’ they gave the Giants in Games 1 and 2. But Game 3 was the best chance for the Giants to get back into the series. The pitching match up of Don Robinson versus Bob Welch favored the Giants. And there was no way the Giants dynamic offense could continue their slump. They were shutout in Game 1 and held to a single run in Game 2.

I found a tape and was putting it into the VCR when I heard the rumble.

I had experienced tremors in my 2 years in California, so I wasn’t alarmed. I knew they would be over in a few seconds.

It didn’t end. The lights all went out. And the rumble sound was terrifying.

The only way I can describe it is it felt like taking one of those kickboards kids use when they learn how to swim, putting it under water and trying to stand on it. There is no way to get your footing properly.

When it was over I looked around the house. There wasn’t any real damage except for a few things fallen on the ground.

But there was also no power.

The phone worked and I tried to call my parents… but I couldn’t get a hold of them. I got a hold of a few friends who were all fine.

I went outside and sat on the front lawn. That’s when we got hit by a few after shocks, which frankly scared me more than the first quake.

For people raised with cell phones and the internet, what the next 90 minutes were like for me would probably be incomprehensible. I sat not knowing what was happening. I couldn’t find our portable radio… so I didn’t know how big the quake was… I didn’t know where my parents were… I didn’t know what was going on beyond my block in Palo Alto, California.

And a great night of baseball watching was reduced to a 17 year old boy with a banged up knee sitting on the grass, shaking.

Finally my mother came home and soon after my dad arrived. Let’s just say I hugged them pretty tightly. I wasn’t a jaded teenager afraid to tell my mom and dad I was scared.

My dad found the radio and we listened to all of the reports. Now all of you outside of the Bay Area were seeing the images of the bridge section collapsed and the fires caused by the Loma Prieta Earthquake. We didn’t see them that night… and frankly I’ve never really watched them.

Baseball wasn’t that important. Suddenly the area (who mainly had concerned themselves with the 49ers that decade) was no longer baseball crazy.

Even I was saying stuff like “They should just call it.”

But 10 days later they played again… and for about 3 seconds it was cathartic. Then the A’s went right back to kicking the Giants ass again.

I remember when LaRussa started Game 1 and 2 heroes Dave Stewart and Mike Moore again, Giants fans were saying “That’s not fair.” As if it was LaRussa’s job to make it easier for the Giants.

So it’s been 20 years later… and I’ve seen the World Series play a bigger healing process in 2001, but for all of us who lived in the Bay Area that day, there is a little bond.

Baseball seemed so irrelevant and then so essential.

Not even an act of God could stop the World Series. (Granted 5 years later a labor dispute did… but I digress.)