Your pal Sully is a member of the BBA, the Baseball Bloggers Alliance. It is a great group that helps promote me and other bloggers. And every year, all of the members post our picks for the awards for the regular season.

Here are the Sully Baseball picks for each BAA award:

THE CONNIE MACK AWARD  – Given to the top manager each year:

THE WILLIE MAYS AWARD – Given to the top rookie each year:

THE GOOSE GOSSAGE AWARD – Given to the top reliever each year:

THE WALTER JOHNSON AWARD – Given to the top pitcher each year:

THE STAN MUSIAL AWARD – Given to the top player each year:

I will go through my own stats, WOB and WOO after the World Series. 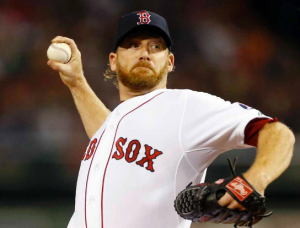 The Red Sox are flying from Boston to San Francisco to play the beleaguered defending champs. But the AL East are not exactly relaxed themselves. Losing two of three to the Yankees at home will do that to a team, especially when the finale was an exhausting and grinding 9-6 loss, complete with Alex Rodriguez controversies and heroics.

On the plane, pitcher Ryan Dempster thumbs through the SkyMall magazine and stares out the window towards the clouds and land thousands of feet below.

Well… THAT didn’t go as I had planned.

Here I was thinking I was not only going to endear myself to Red Sox fans forever but be the guy that all of baseball kind of gives a little nod of approval to.

Hell, Bronson Arroyo is loved in Boston. Varitek was a hero for fighting Rodriguez and he didn’t even take his mask off!

I was expecting to have a free drink in New England for the rest of my life and a pat on the back from every pitcher A-Rod ever took deep. I was going to be the guy who gave A-Rod an F— You on national TV.

It’s not like people were loving him. It isn’t like I threw a pitch at a kid from the Make a Wish Foundation.

I guess I didn’t think that through, did I?

I guess I didn’t focus on the main reason that I’m being paid for the Red Sox: Get batters out and put us in a position to win the game.

Hell, I had a 2-0 lead and Sabathia looked like crap. Maybe I should have focused on getting the lead off batter out instead of showing how macho I am.

Guys like Bob Gibson and Don Drysdale and Pedro Martinez could pull off throwing at guys. But then again, they were all Hall of Famers and could get the next three guys out.

Maybe I should have taken that into account when I put the lead off man on the inning after my team got me 2 runs.

Hell, I’m now a millionaire and the Red Sox are paying me more money than Gibson and Drysdale ever made. Maybe I should have focused on my job.

And while it felt good hitting him, giving up a homer to him was a real junk punch.

Damn it, they clobbered Sabathia and all I had to do was hold the Yankees to five runs and we would have had the win.

The Yankees would have left town, bickering, suing each other and we would have looked like champs. We could have said “Have fun with your little squabbles. If you want to see the playoffs, we’ll leave tickets for you at Fenway!”

But I really really thought thought this would have made me a fan favorite. Now there is a national story involving A-Rod and he’s the GOOD guy and I’m the villain.

That’s like being the bad guy in a story that involves The Joker!

Serves me right, listening to Lackey mouth off.

Man this is going to be a long flight.

Man, what the hell was I thinking? 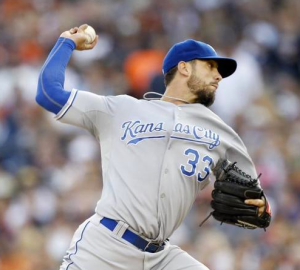 The Sully Baseball Daily Podcast today reviews the Red Sox brutal loss to the Yankees and once again I defend the Royals for making the James Shields trade.

To see the up to date tally of “Who Owns Baseball?,” click HERE