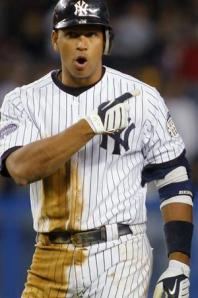 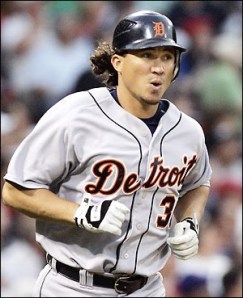 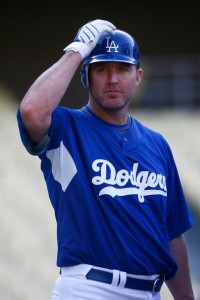 The Sully Baseball “Who Might Get A Ring” obsession continues with a look at which veterans have a shot at a ring after 10+ seasons.

Which ever team wins in any year, there is inevitably a veteran who put in long years who finally won the big one… and it is hard to not smile when you see them win.

I remember being thrilled for former Red Sox hero Don Baylor when he got his ring in 1987 with the Twins.

It’s hard not to have goose bumps when you see Dave Winfield drive in the World Series winning runs in 1992… or Paul Molitor score on the Joe Carter homer… and even though he was hurt and not available, the White Sox win in 2005 must have been especially sweet for Frank Thomas.

And it isn’t always for the superstars. All time journeyman Mike Morgan finally got his ring in 2001.

And last year Jamie Moyer and Matt Stairs won it all with the Phillies.

Who will get the sentimental attention when the champagne pops this year?

Which player who made their debut at least 10 seasons ago will really cherish the final out, all the while looking at the rookie on the roster and think “You have no idea how lucky you are!”?

The players had to make their Major League debut in 2000 or sooner. (Sorry Hideki Matsui and Takashi Saito… I’m not counting the Japanese Leagues.)

If they missed some time due to injury, that’s fine, as long as their debut was 2000 or sooner. Rick Ankiel is on the list even though he had to go back to the farm to become an outfielder (and find an extra boost.) 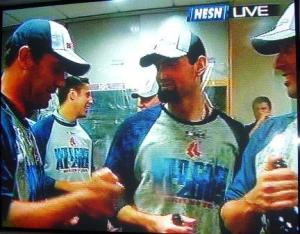 They need to be in the organization now, even if they are hurt or won’t play. Lest we forget, Matt Clement and Royce Clayton got World Series rings in 2007 even though Clement played in as many games as I did that year and Royce Clayton’s only contribution was the funny “I didn’t get my taco” exchange with Coco Crisp.

There are four fomer MVPs and no shortage of former All Stars. The Dodgers have the most… the Twins have the fewest.

So let’s see who the sentimental favorites will be…