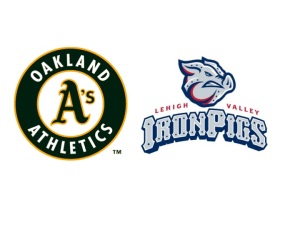 So for the next few years I think the A’s should be a AAA team and the IronPigs should play in the American League. 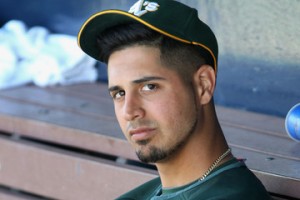 They traded two of the most valuable chips in baseball, Trevor Cahill and Gio Gonzalez, both former All Star pitchers in their mid 20s and under contractual control for a few years. And in exchange they got prospects prospects and more prospects.

A. J. Cole, Derek Norris, Brad Peacock and Tom Milone were four of the gems in the Nationals farm system.

Jarrod Parker and Collin Cowgill are top prospects who already have post season experience with Arizona.

Chances are they aren’t about to add to their post season totals in Oakland.

In fact the entire organization seems to be just hanging around waiting for the inevitable move to San Jose. They aren’t going to draw in the Oakland Coliseum (or whatever it is called.) They won’t have a decent TV contract. They won’t be putting major leaguers on the field. And they have no intention of contending.

But if they are going to put a minor league product on the field in a lousy ballpark, then they should play in the minor leagues!

If fans in the Bay Area want to see a big league club, then go across the Bay Bridge and see the Giants. 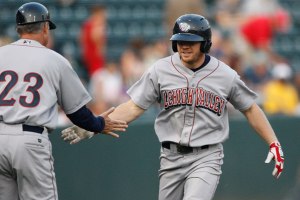 And unlike the A’s, they play in a state of the art stadium, Coca Cola Park in Allentown Pennsylvania. It holds 10,000 fans and they drew nearly that each game. Supposedly the A’s drew around 18,000 a game in 2011. But if you happened to catch an A’s game on TV, there is no way there were that many people at each game.

I doubt Coca Cola Park needs to put a tarp in the upper deck.

And between the A’s and the Pigs, there is only one person in uniform that most people have heard of. 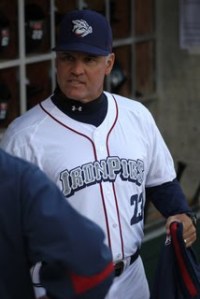 Hall of Famer Ryne Sandberg is the manager of the Pigs.

And he was the Baseball America Manager of the Year leading Lehigh Valley to the championship round of the Governor’s Cup.

Ryno deserves a shot to manage in the Majors. Why not with the Pigs?

Look me in the eye and tell me that the people of Allentown, Bethlehem and Easton PA wouldn’t fill the stadium every night.

Tell me that IronPigs merchandise wouldn’t be flying off of the shelves.

The good folks of Oakland, Berkeley, Pleasanton, Hayward and Fremont seem to be indifferent about the A’s these days.

And the novelty of major league baseball in Lehigh Valley would wear off in a few years.

But for the next two or three seasons, switch the Pigs and A’s. 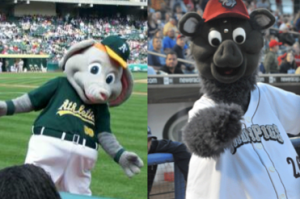 Stomper the Elephant will perform for AAA teams.

Pork Chop the Iron Pig will be in the Big Leagues for a short time.

What would this mean to the Phillies, who use the IronPigs as a AAA affiliate? And what about Sacramento River Cats, who are the A’s AAA affiliate?

What if the Phillies need to recall a player? Or an IronPig needs to be sent down? Or a Sacramento player has warranted a promotion?

And if this arrangement bothers you and seems illogical and will cause you to write an angry post in the comment section… relax. This isn’t really happening.