For one year, Sil Campusano was such a heralded prospect that people were thinking he would supplant the reigning Most Valuable Player.

In the end, he would up playing 154 games in the majors before finding success elsewhere.

Silvestre Diaz Campusano was born on the last day of 1965 in Santo Domingo in the Dominican Republic. He was signed as an 18 year old in 1984 as part of the Blue Jays successful scouting system.

For 3 straight years, Campusano was listed as the top prospect in the organization. Future major leaguers like Fred McGriff, David Wells, Nelson Liriano, Mike Sharperson, Todd Stottlemyre and Kelly Gruber were all ranked between 1986, 1987 and 1988. But each year Campusano was on the top.

He had speed, he had defense and power. His stats might not have popped off the back of the baseball card. But his skills had scouts drooling.

In fact, heading into the 1988 season, Campusano’s stock couldn’t be higher. George Bell, the left fielder for Toronto, won the MVP in 1987 and was part of the best outfield in baseball (with Lloyd Mosesby and Jesse Barfield.) But Campusano was so good, the Blue Jays were considering moving Bell to the DH spot to let the rookie play the field. Baseball America put him on their cover as “The Man Who Will Replace George Bell.”

On opening day, Campusano did indeed start. He was in center field with Moseby moved to left and Barfield in right. Campusano batted 9th. Fred McGriff batted 8th. In the 5th, he doubled but was stranded at second. Not a bad showing for his big league debut.

He homered in a 7-3 loss to the Yankees on April 13th. Those games were the exception not the rule for April. He batted .167 for the month with a ghastly .194 on base percentage.

Between August and September he had 10 more plate appearances for the rest of the year.

After spending the entire 1989 season in the minors, the Blue Jays removed their top prospect going into 1988 from their 40 man roster. The Phillies, hoping to catch lightning in a bottle, picked up Campusano in the Rule 5 Draft.

While he never did play again in the majors, he found success elsewhere. He remained a star in the Dominican Winter League, winning the Caribbean Series, hitting for the cycle and playing along side many future big leaguers.

He played in Taiwan and won a home run title in the mid 1990’s with the Wei Chuan Dragons and Chiayi-Tainan Luka. Later he had success as a manager and coach in both Mexico and the Dominican Republic.

A round about path to success to be sure, but a memorable one.

Doesn’t it seem like every day someone has hit for the cycle this year?

Felix Pie, the one time Cubs phenom who I just assumed would be just another Sil Campusano like overhyped outfielders, is the latest to do the trick.

He’s the seventh who did it this year. He’s the third to do it this month (along with Troy Tulowitzki and Melky Cabrera.)
Why doesn’t it seem like a bigger deal?
If there were three pitchers who threw a no hitter in a month, I’d remember it.
And hitting for the cycle is kind of the hitter’s answer to the no hitter.

Since 1882, when Chester Alan Arthur was President, there have been 287 major league games where a someone hit for the cycle.

That’s almost as rare as a 9 inning no hitter (there have been 263 of those.)

There have been whole seasons where nobody hits for the cycle.
And yet for me at least the memory of those who accomplish the feat fade from memory.
I never forget no hitters. You can mention just about any no hitter in my lifetime and I have some vague memory of it. And I always associate pitchers with their no hitters.
Clay Buchholz? He still is defined by it.
Mark Buehrle? He’s got two of those babies now and I still can’t remember if it is B-U-E or B-E-U.
Even some of the obscure ones like Bud Smith, and Eric Milton throwing to the Angel’s B lineup, or Joe Cowley or Juan Nieves still bring back specific memories.
Al Leiter’s no hitter is fresh in my mind, but mainly because MLB Network always shows the clip of it as if it is the greatest baseball moment since Bobby Thomson’s home run!
Heck, I even remember the no hitters that don’t count! Like Harvey Haddix’s extra inning masterpiece… or Pedro Martinez letting up a hit in the 10th… or Andy Hawkins losing a game even though he let up no hits!
And yet I look at a list of players hitting for the cycle… and I barely remember them.
Mark Kotsay did it? Really? Last year before joining the Red Sox?
Why does that not jolt a memory?
Fred Lewis did it? I was living in the Bay Area when he did that.
Eric Valent? Brad Wilkerson did it twice?
Did you remember A-Rod did? I didn’t!
Shouldn’t that be like a Hall of Fame pitcher cementing his legacy? 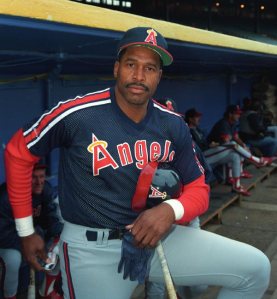 Freddie Lynn, Dwight Evans, Rich Gedman, Mike Greenwell and Scott Cooper all hit for the cycle as members of the Red Sox.

As of 2 minutes ago, those facts were not known to me… and I am an obsessive Red Sox fan.
Hall of Famers like Ted Williams, Lou Gehrig, Goose Goslin, Joe DiMaggio, Rod Carew and Willie Stargell all did.
Willie Mays didn’t.
Future Red Sox bench warmer Jack Brohamer did.
That’s right, there is something on Jack Brohamer’s resume that isn’t on Willie Mays’.
Or Hank Aaron’s.
And nothing will change.
We’ll remember the no hitters more and guys who hit for the cycle will be forgotten. It’s not fair… but neither was the Don Denkinger call.
I do know this: In 3 years I will be saying “Felix Pie hit for the cycle? Really? Why don’t I remember that?”