Waiting for a doctor’s appointment, I look at a few more “what if’s” in baseball that would have affected the Orioles, Braves, Brewers, Mariners, Giants, Dodgers and who knows who else!

It is an HMO covered episode of The Sully Baseball Daily Podcast.

END_OF_DOCUMENT_TOKEN_TO_BE_REPLACED 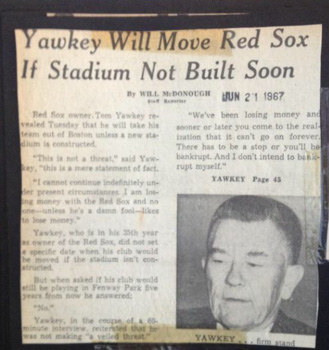 Can you picture an MLB where the Red Sox are not in Boston? Or are in a dome? Or the Houston Cardinals?

It is an alternate universe episode of The Sully Baseball Daily Podcast.

END_OF_DOCUMENT_TOKEN_TO_BE_REPLACED

I can’t blame Juan Samuel for his team’s 1-4 record.
It’s not like he inherited Palmer/McNally/Ceullar for a team.

And they had a lead at one point tonight.

But alas it was another loss… the 43rd of the year.

And currently the Orioles are on a pace for a 44-118 record.
The .271 winning percentage would be the third worst since the schedule was expanded to 162 games.

Any minute another manager will take over this squad (Bobby Valentine?) It would be nice to give Juan Samuel plural wins.

It won’t happen at THIS pace!