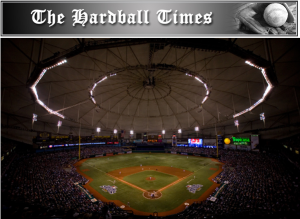 In my latest article for The Hardball Times, I take a look at the two different perceptions of Tampa Bay as a baseball location:

An ideal untapped revenue producer that was destined to lure an existing franchise…
And a misguided Major League location that just isn’t going to work.

There seems to be no middle ground on the Sun Coast. 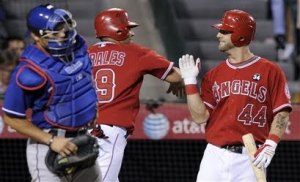 OK, that title would have worked better if they were still called the Devil Rays.

But the Red Sox have acted ever since the beginning of the Yankee series as if the Wild Card has been clinched.
Star players have been rested.
Starters have been taken out and today the Sox started Michael Bowden over Josh Beckett.
I’ve been advocating the Red Sox clinch as quickly as possible so the regulars can recharge…
And evidently the Sox have decided to not wait to clinch.
Pretty dangerous gamble… except that it is working.
The Rangers lost their last two and now a single win or a single Rangers loss will send the Sox to the playoffs with a rested and ready rotation.
Normally I would say this was putting the cart before the horse… but lest we forget Francona resting Ramirez, Dice-K and Okajima down the stretch in 2007 despite a late season charge by the Yankees.
It worked out.
I know not to question Theo or Francona. 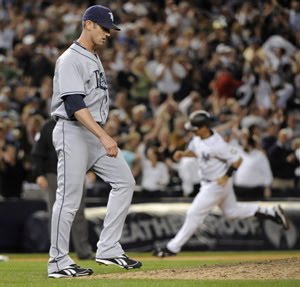 OK fine, the AL Champion Rays are in free fall.
They have picked early September to have their longest losing streak as they’ve only won one game all month.

At the end of August, the Rays were 5 games behind the Red Sox for the Wild Card.

10 days later they are 9 1/2 back and heading into Boston to possibly be put out of their misery.

But keep in mind Rays fans:

Even if the Rays don’t win another game all years, the 72 wins by the Rays is already the second highest single season total in franchise history.

Lest we forget how devoid of positive memories the Rays were before last season.

Now let’s hope the Sox can do to the Rays what they did to the Sox last year: