Ronald Acuña Jr. doubled and homered as the Braves pounded the Mets, 7-1.

Tyler Chatwood struck out 11 Pirates over 6 2/3 innings to earn the 4-3 decison for the Cubs.

Kenta Maeda gave up only 1 hit and 1 walk over 6 innings as the Twins blanked the Indians, 3-0.

Luis Robert collected 4 hits, including a homer, to slug the White Sox past the Royals, 11-5.

Yusei Kikuchi allowed one base runner through 5 and finished with 6 shutout innings, striking out 9 Oakland batters. The Mariners would drop the battle of the bullpen, 3-2 in 10.

Colin Moran homered in the Pirates 4-3 loss to the Cubs.

Luis Perdomo threw a pair of shutout innings to help stop the bleeding but it was too late as the Padres were blown out by the Rockies, 6-1.

George Springer drove in 3 runs including a 2 out, 9th inning go ahead 2 run home run that briefly put the Astros in position to win. Houston’s bullpen collapsed in the 9th and 10th to hand the Angels a 5-4 victory.

END_OF_DOCUMENT_TOKEN_TO_BE_REPLACED 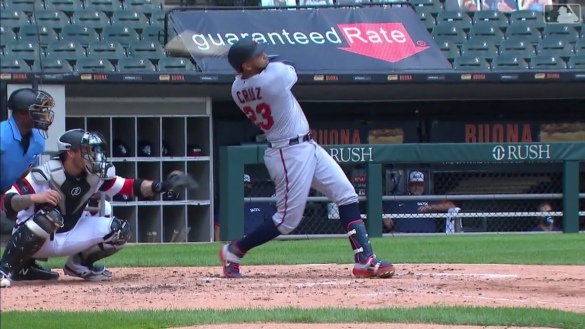 Carlos Carrasco threw 6 strong innings, striking out 10 Royals and allowing only 2 runs as the Indians rolled to a 9-2 final.

Tyler Chatwood allowed 3 hits and 1 run over 6 innings, striking out 8 Brewers and earned the 9-1 decision for the Cubs.

Nelson Cruz compiled 12 total bases over 4 hits, including 2 homers, driving in 7, as the Twins pounded the White Sox, 14-2.

Miguel Rojas homered, collected 2 more hits and drove in 4 as the beleaguered Marlins topped the Phillies, 11-6.

Matt Andriese entered a first inning mess with nobody out and proceeded to throw 5 2/3 shutout innings to stop the bleeding. It was not enough as the A’s topped the Angels, 6-4.

Trevor Bauer struck out 13 Tigers in 6 1/3 innings but did not fare in the decision as the Reds dropped the 3-2 final.

Adam Haseley went 4 for 6, scoring twice and driving in another but the Phillies fell to the Marlins, 11-6.

Mike Trout hit a 3 run homer and added another hit in the Angels 6-4 loss in Oakland.