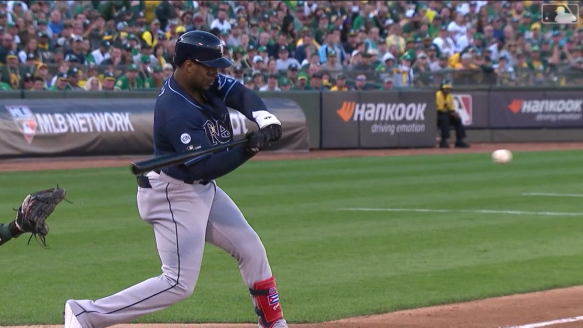 Another year, another October of suffering in Oakland. Meanwhile Tampa Bay is moving on and will face a super tough Houston Astros team in the Division Series,

Each winning team for every post season game gets a pitcher and a hitter who earn a full WOO(Who Owns October.)

And at my discretion, I award a 1/2 WOO’S to a worthy player on the losing team.

At the end of the post season, we will see who had the highest WOO total as a pitcher and a hitter. The WOWS total will be kept separately. Each game now counts towards both tallies.

A complete description of the rules can be found HERE.

Nick Anderson came out of the bullpen to strike out 4 Oakland batters in 1 1/3 shutout innings, throwing into the 9th, as the Rays took the Wild Card Game, 5-1.

Yandy Diaz led off the game with a homer, launched a second homer and added a third hit to lead the Rays past Oakland, 5-1.

Jesus Luzardo kept the A’s in the game with 3 innings of 1 hit shutout ball, striking out 4 Rays. Oakland would drop the 5-1 final.