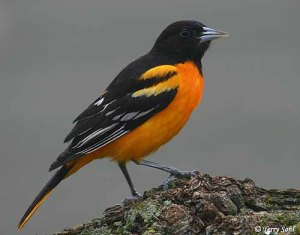 What a difference a half season makes.

In June, I was telling Orioles fans to save their ticket stub for a 2010 game as proof of their loyalty to the birds. They were on pace for 117 losses and being one of the worst teams in the history of the 162 game schedule era.

Now a casual glance at the Orioles would see little to get excited about. They finished the season with the fourth worst record in baseball and 30 games out of first place (and 29 games out of a playoff spot.)

But keep in mind they were a .500 team in the second half. They played winning ball under Buck Showalter. And yes Peter Angelos is still the owner of the team and winning with that doofus calling the shots is all but impossible.

Then Steinbrenner got suspended and allowed Stick Michael and Buck to put a winner together. And Ted Turner allowed John Schuerholz to actually put a team together with Bobby Cox.

Then you couldn’t LOSE in New York and Atlanta!

Could this be happening in Baltimore? Andy McPhail, like Schuerholz, has already put a winner together.

And by the looks of things, they are slapping together a young talented team. 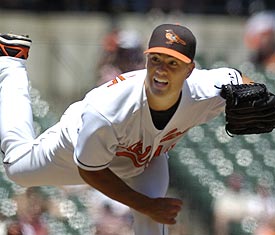 Along with Brian Matusz, Jake Arrieta, Brad Bergsen, Zach Britton, Chris Tillman, Rick Vanden Hurk and Troy Patton, the Orioles are stockpiling arms and look like they are embracing the post steroid era of baseball: Gobble up as much pitching as possible and hope to push 3 or 4 runs across the plate.

It worked for one team wearing orange and black this October. And trust me, as recently as 2007, the Giants looked like rudderless organization.

Plus with Matt Wieters, Adam Jones and Nick Markakis there is the possibility of a nice middle of the line up. (And even Mr “Tons of potential” Felix Pie showed some improvement in the second half of the season.)

They need a veteran bat in their lineup (Paul Konerko anyone?)

Also they could use an innings eater for the rotation. I was going to suggest Jon Garland, but it looks like he is heading to the Dodgers.

So why not aim for the big fish?
Greinke wants out of Kansas City but doesn’t want to play for a big market.

Why not the Orioles? Put together a package of young players but don’t touch the nucleus… have Greinke anchor the rotation and Konerko give the lineup a boost. 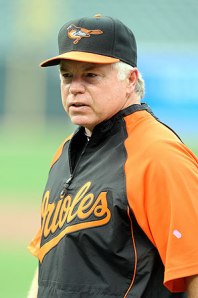 And have Showalter in charge all year.

Something good could happen… kind of like 1989. The year before, the 1988 Orioles began the season 0-21 and were the worst team in baseball. The next year they contended until the last weekend of the season.

Think that is silly?

Sillier than the Rays winning the 2008 pennant?

The Rays are dismantling, the Yankees could be shooting themselves in the foot with this odd off season, the Blue Jays have a nice team but hardly a juggernaut and the Red Sox, while they have good pitching, have a lineup in disarray.

A good Orioles team could sneak in. Maybe not to win a playoff spot, but trips to Baltimore are no longer an easy 2 out of 3 wins.

Then guess what? The potential of the biggest sleeping giant in baseball could be awakened.
The Orioles were once a dominating team with a crazed fanbase.

They were a more consistent contender and destination for star players than Boston ever was.

Could they be again?

But do us ALL a favor:
GO BACK TO THE SMILING BIRD HATS! 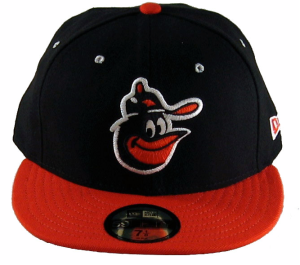