First post of the New Year… sitting in Palo Alto wondering who will be the Edgar Renteria, the Armando Gallaraga or the Jose Bautistas for 2011.

Right now, people seem to think that the Phillies and Red Sox are destined to meet in the World Series. I would love that of course, but how often do the consensus picks actually meet up in October.

I am saying right now on January 1, 2011 that neither the Phillies nor the Red Sox will be in the World Series. There will be some team that will sneak up on both of them and force Major League Baseball and Fox to actually use their imagination in terms of promoting the series (and they won’t do it.)

Now keeping in mind that my predictions tend to be terrible, that is good news for Phillies and Red Sox fans… and for Fox for that matter.

So Happy New Year everyone. Get over that hangover. Let’s get through football and have pitchers and catchers report already!!! 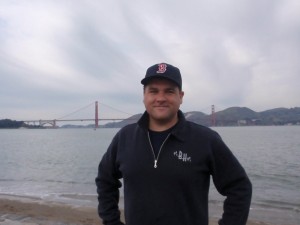 I guess it is appropriate that I am in San Francisco for the last day of 2010.
For all time, 2010 will be associated in baseball with the Giants and their unlikely title.

And it was a super fun year to write this blog.

There might be some changes in 2011 as I try to make Sully Baseball a little more ambitious.

But as 2010 goes, the readership grew in a much faster pace than I could have imagined and I thank you all for that.

Happy New Year everyone.
Let’s hope 2011 is another great year for baseball.