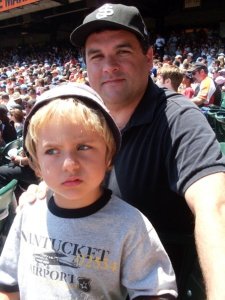 I admit that things look bleak for the Angels and frankly for any hope for a World Series in Southern California.

But one things is looking up for the Angels and it happened in Philadelphia last night.

Ergo my son Aidan is now FIVE FOR FIVE in his post season predictions!

It’s all lining up! And he also said the Angels would beat the Yankees.

AIDAN PICKED THE ANGELS!
That’s all you need to know!